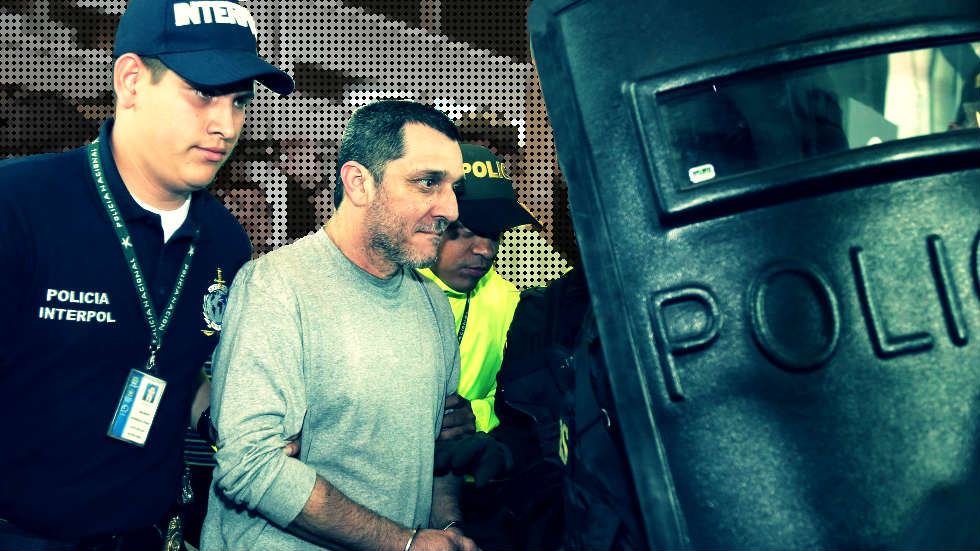 Former paramilitary warlord “HH” was extradited to Colombia eight years after he was sent to the US to serve a prison sentence for drug trafficking, migration authorities said Tuesday.

Hebert Veloza, a.k.a. HH, was jailed after his arrival in Bogota to serve the remainder of a seven-year sentence for forced displacement, homicide and forced recruitment.

Between 1994 and 2007, the commander of the Bananero and Calima units admittedly left more than 3,000 victims.

He was a key witnesses in cases against politicians, businessmen and military commanders who had collaborated with HH’s death squads.

The former paramilitary commander became the first AUC chief to be sentenced under the Justice and Peace transitional justice system in 2013.

The Justice and Peace process against Veloza … is particularly significant for several reasons: the fact that Veloza was a high ranking commander in the paramilitary structure in the Uraba region; the elevated number of crimes he committed or ordered; his extensive collaboration in the judicial process; and the information that he provided on the links between the paramilitary group and businessmen, politicians, and the armed forces in this region.

HH began his clandestine career in the 1980s as a coca harvester in the FARC-controlled Guaviare province and ascended paramilitary ranks in the early 1990s under the command of Vicente Castaño and “Doble Cero.”

In coordination with the security forces and with the support of several banana companies, they were responsible for multiple massacres and assassinations of what were considered to be guerrillas. He was jointly responsible, according to justice estimates, for 1,200 deaths in the “cleansing” of guerrillas in the Uraba region.

Having returned to Colombia, HH is expected to take part in acts of reconciliation with victims, particularly the families of slain members of the UP, a communist party that was all but exterminated by the AUC.

Fellow AUC commanders have agreed to also take part in a Truth Commission that is part of an ongoing peace process with the FARC, the guerrilla group that demobilized earlier this year.