An assassinated rancher with business ties to former President Alvaro Uribe financed the formation of the “Bloque Metro” paramilitary group in coordination with the then-governor’s chief of staff, a demobilized paramilitary commander testified. 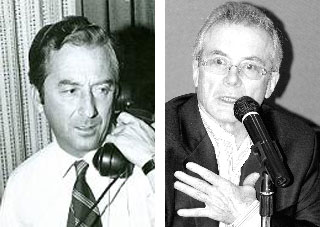 According to Ever Veloza, locally better known as “HH,” he met up with Uribe’s then-chief of staff, Pedro Juan Moreno, at a paramilitary-run car dealer across the street from the army’s 4th Brigade in southwest Medellin in 1996.

A second paramilitary commander, local finance chief “Lucas,” was also present at the meeting, said HH, who is currently imprisoned in the US for drug trafficking. The meeting was meant to connect paramilitaries linked to AUC founders Carlos and Vicente Castaño with rancher Luis Alberto Villegas, who was later given the code name “Tubo.”

“At that time, the paramilitary groups in Antioquia were forming. Lucas was organizing people’s way to Cristales, San Jose del Nus, San Roque and Santo Domingo. For this reason I requested a meeting with Pedro Juan Moreno to help us set up a meeting with the brothers [Luis] Alberto and Guillermo Villegas. They were very close to Uribe, had ranches there … Moreno said ‘yes’, that he was going to talk to them,” HH testified through videoconferencing.

HH said he wasn’t present at the subsequent meeting between Lucas, Moreno and the Villegas brothers, claiming he had been sent to the Caribbean coast to form paramilitary units there. 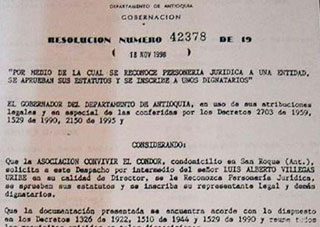 Months after the first meeting, Uribe signed a decree allowing Villegas to form a so-called “Convivir” self-defense group called “El Condor” which later allegedly was incorporated into the Metro Bloc.

The extradited paramilitary leader’s statements are virtually impossible to verify as “Lucas” has disappeared, Villegas was assassinated in 2004 and Moreno was killed in a mysterious helicopter accident in 2006.

Nevertheless, the statements in part corroborate previous testimonies made by other paramilitaries who have claimed both Uribe and Villegas were closely involved in the formation of the Metro Bloc.

Colombian courts are currently investigating the criminal activities of paramilitary groups that committed tens of thousand of human rights violations including homicide and rape between the late 1980s and 2006 when the AUC, the paramilitary umbrella organization, formally demobilized its last bloc.

Uribe has long faced accusations of having had ties to the AUC; Opposition Senator-elect Ivan Cepeda went as far as to claim the former president and current senator-elect was the founder of the Metro Bloc.

However, Uribe is not the only politician with alleged ties to paramilitary death squads; More than 45 former congressmen and six former governors are imprisoned for having sought political gain through deals with illegal armed groups. 140 more former congressmen have criminal investigations pending.

HH and 13 other paramilitary leaders were extradited without court order by the Uribe administration in 2008 at the height of the “parapolitics” scandal. The mass extradition was fiercely criticized by the Supreme Court, the Prosecutor General, human rights organizations and victims, some of who claimed the government was trying to prevent the paramilitaries from revealing more ties to Colombia’s political elites.