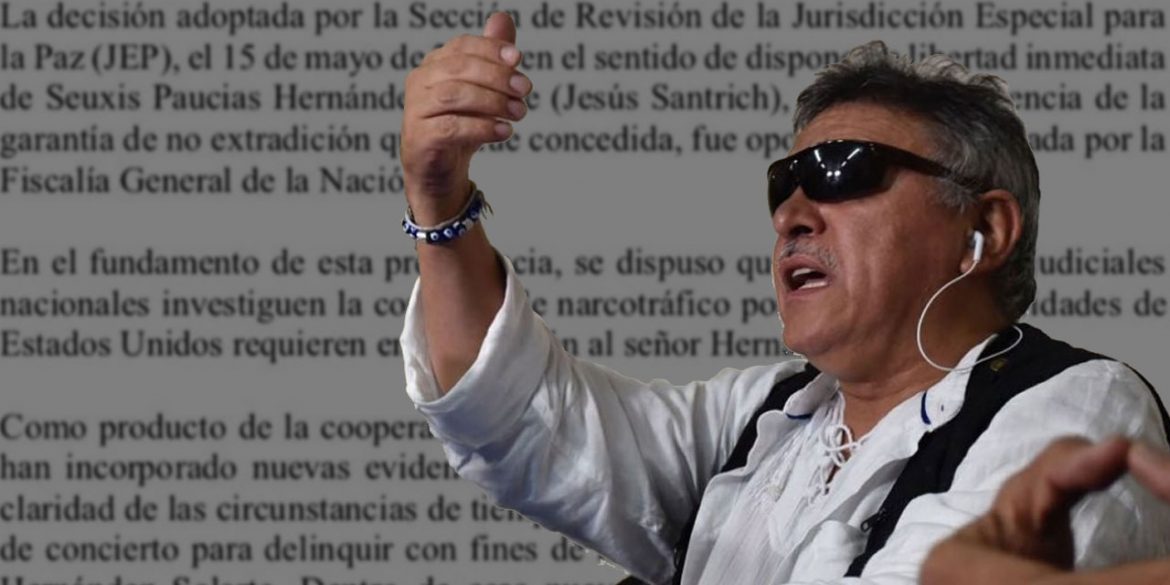 Colombia’s Supreme Court is at a stand still in the drug trafficking case against FARC leader Jesus Santrich as authorities and a DEA informant left the court with contradictory claims.

The US Department of Justice has so far refused to either surrender evidence or allow the court to interrogate “Marlon Marin,” the DEA informant who accused Santrich of conspiring to traffic drugs.

Conflicting statements made by Marlon Marin, DEA agent Brian Witek, and Colombia’s prosecution are currently the only evidence available to the Colombian Supreme Court.

Marin, a nephew of former guerrilla leader “Ivan Marquez” and the main witness in the case, claimed in May that an associate of Santrich supplied five kilograms of cocaine that was allegedly given to Cali businessman Armando Gomez as a sample on November 1, 2017.

Gomez then allegedly gave this drugs to emissaries of a Mexican drug cartel, one of which was an undercover DEA agent. According to the prosecution, the drugs left Colombia on December 7.

In a sworn affidavit from Witek, the agent stated that he proposed to negotiate the drug deal at a meeting on June 20, 2017, and that Marin offered to deliver the narcotics as part of a plea bargain.

The Court document that initiated the investigation against Santrich is dated November 7, 2017 when DEA Special Agent Craig G. Michelin asked the Prosecutor’s Office to intercept phones for evidence.

However, according to the prosecution it had already been wiretapping Marin since before July 2017.

The statements from Marin and the prosecution appear to contradict each other. The authorization of the “controlled delivery” of the cocaine implies that the drug delivery was delivered by the prosecution, and not by Santrich as claimed by Marin.

Additionally, the Supreme Court is looking to clarify the strange timing of the DEA’s request to wiretap the informant months after the prosecution had begun bugging his phone and Marin had already agreed to deliver drugs at the US agency’s request.

But, as the court said last week, it has yet to be successful in obtaining any evidence from US authorities or question Marin about the inconsistencies in the statements he made while in US custody.

The investigation is ongoing, but without effective US cooperation there is little room for progress and a lot of room for speculation.

Both Santrich and the FARC have claimed the missing former guerrilla leader was the victim of an elaborate set-up, a claim that is supported by evidence, unlike the drug trafficking claim made by the US.

The fact that the war crimes tribunal ordered an investigation into the prosecution and the DEA most certainly indicates that something stinks.