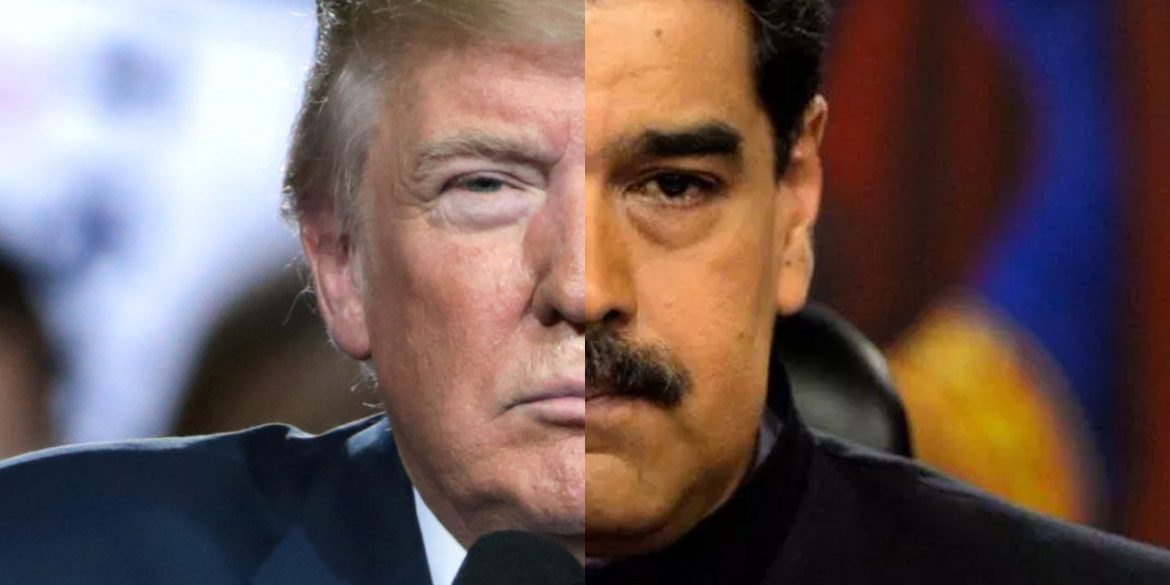 US President Donald Trump slammed sanctions on Venezuelan President Nicolas Maduro’s “inner circle” on Tuesday as tensions between the US, Colombia and Venezuela escalate.

The sanctions, which target Maduro’s wife and high-ranking Venezuelan officials, are just the most recent move in a highly chaotic geopolitical chess game between the three countries as other world leaders seek peaceful solutions.

On Tuesday, Trump met with President Ivan Duque to discuss the Venezuela and the peace process, later saying that “’we’re going to take care of Venezuela.”

“What is going on in Venezuela really is unacceptable,” Trump said in a press conference with Duque, “And I know from the standpoint of Colombia and other nations fairly close by, it’s very unacceptable also.”

Maduro responded almost immediately, and militarized the border with Colombia.

The two neighbors had already cut ties, and Maduro and Duque in weeks previous have slung accusations at each other.

Maduro accused Colombia of a botched assassination attempt on him last month while Duque has accused Maduro of a human rights abusing dictator.

But tensions have come to a head as the future of a possible US military intervention between the two countries has become more and more imminent.

A growing list of US officials have hinted that their country would take military action against Venezuela, the most recent coming from US Vice President Mike Pence, who called the Venezuelan militarization an “obvious effort of intimidation.”

“Let me be clear, the United States of America will always stand with our allies for their security,” Pence said in a United Nations General Assembly. “The Maduro regime would do well not to test the resolve of the President of the United States or the American people.”

Trump meanwhile told reporters Wednesday morning before the annual gathering of world leaders that “all options are on the table” and that he would also be willing to meet with Maduro. Previously, the American threatened the possibility of forcibly removing Maduro.

“I would certainly be open to it, I’m willing to meet with anybody,” Trump said. “We’re going to take care of Venezuela, if he’s here and he wants to meet, it was not on my mind, it was not on my plate, but if I can help people that’s what I’m here for.”

The Colombian government in September ended its opposition to possible US military intervention in Venezuela and broke from regional allies, dubbed the Lima Group, that sought to seek peaceful solutions to the growing crisis.

In the midst of political head bashing between Colombia, the US and Venezuela, world leaders at the UN General Assembly are grappling with how to address growing instability in the country and the corresponding exodus of migrants from the country.

The Colombian government said in June that over one million Venezuelans entered to the country in 14 months. Other estimates say over 4,000 people flood over the Venezuela-Colombia border daily.

They flee because of food and medicine shortages caused by rampant hyperinflation and violence by the Maduro regime. The migrants cross through dangerous areas along the border, arriving into neighboring countries, often times without prospects for food, documentation and a job.

The mass migration has strained the resources of the Colombian government and aid organizations across the country.

UN chief Antonio Guterres announced Monday that the UN would, at Duque’s request, set up a fund to help Colombia and other neighboring countries handle the migration crisis.

“We need the world to understand that there must be a global response to the humanitarian and migratory crisis caused by the Venezuelan dictatorship,” Duque said Sunday.

Separately, a countries in the Lima Group, Colombia among them, held private conversations Tuesday night to discuss recent developments in the crisis. The Colombian Foreign Minister, Carlos Holmes Trujillo announced that the group would call for a investigation against Maduro for human rights abuses by the International Criminal Court, among other measures.

“They are going to adopt additional measures,” Trujillo told El Espectador, “Actions to produce the best effect with the goal that the brotherly Venezuelan people can live once again in democracy and liberty.”