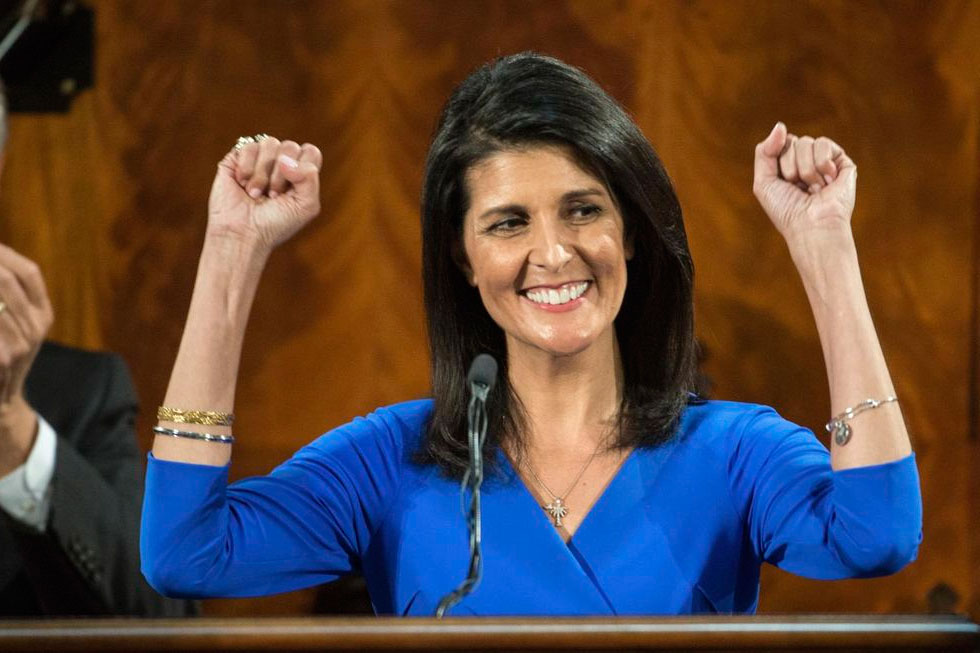 The United States’ ambassador was the only Security Council member missing in action during the recent United Nations inspection of Colombia’s peace process. Fortunately, her deputy saved the day.

The UN Security Council’s visit to Colombia was a major boost for the peace process in the South American country that has been opposed by powerful political actors who may face war crime charges under terms of the treaty with the Marxist FARC.

Thirteen of the 15 UN ambassadors that make up the security council met with President Juan Manuel Santos, social leaders and demobilizing FARC guerrillas between Wednesday and Friday.

Two UN Security Council member states did not send their ambassadors; Russia, because its ambassador passed away in February, and the US, because Ambassador Nikki Haley had “scheduling conflicts.”

Instead, deputy representative Michele Sison inspected the peace process. Unlike Haley, Sison is a weathered career diplomat with experience on multiple continents.

Sison has been involved in the peace process since former President Barack Obama appointed her at the UN in 2014. 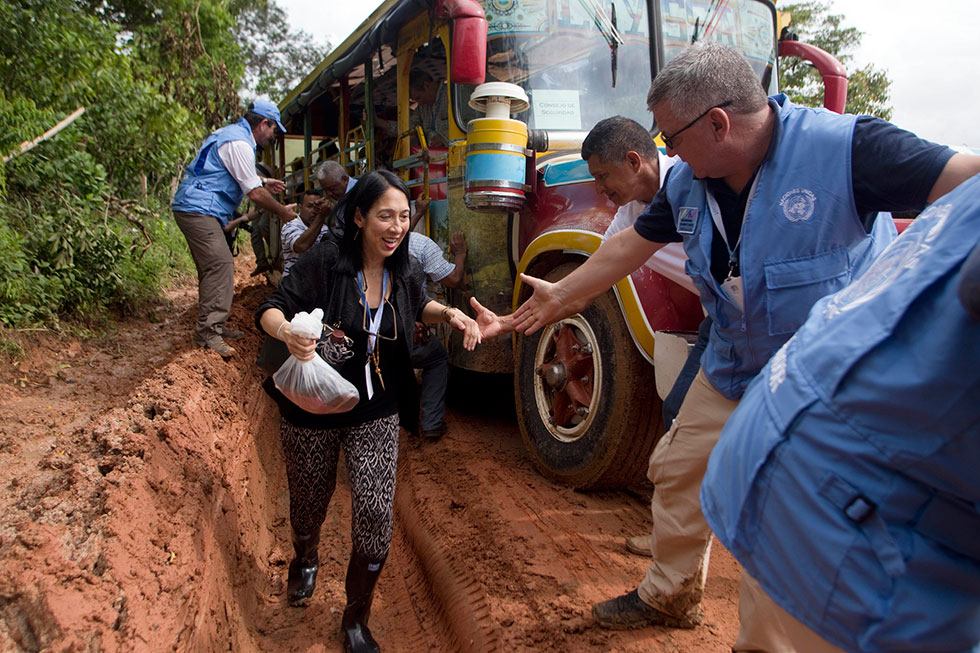 Haley’s schedule consisted of a Thursday meeting with Trump’s daughter Ivanka to discuss “humanitarian challenges around the world and the ways the US supports those in need.”

We had a great meeting w/ @IvankaTrump today discussing humanitarian challenges around the world & the ways the US supports those in need. pic.twitter.com/RVKzu07tEB

In New York, she attended press at the United Nations main office and in the evening she attended the annual “Women in the World” summit, much to the disapproval of many of the attendees.

Getting your boots dirty

On Friday, Haley’s deputy and her fellow-ambassadors were wading through mud to inspect a FARC demobilization and disarmament site that is supervised by UN observers. 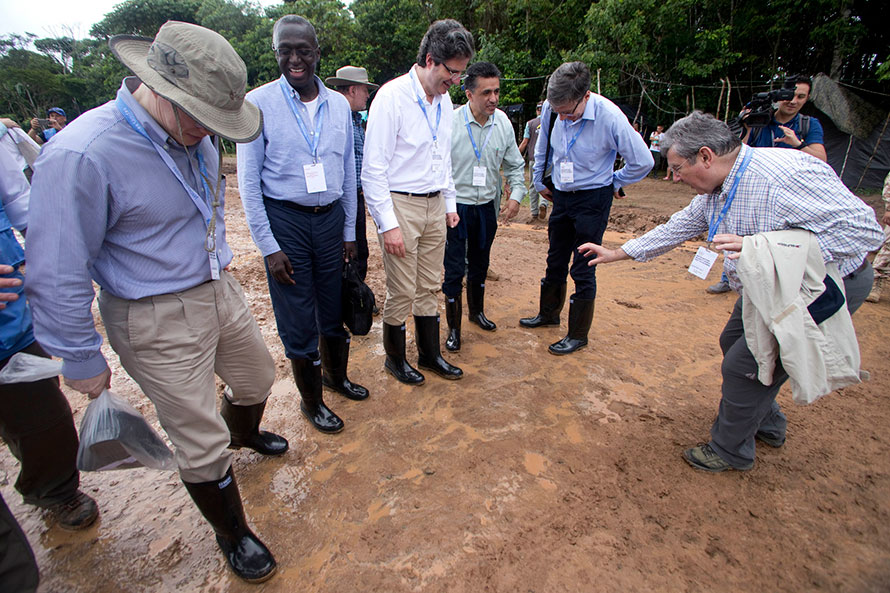 Colombia Reports could not find any public record of a public event attended by the Haley that day.

The US ambassador had seemingly gone home to celebrate her daughter’s first year in college.

The absence of Haley, who presided the Security Council until Friday, was hardly noticed in Colombia mainly thanks to the work of Sison, the US official who has dedicated her entire career defending US interests abroad.