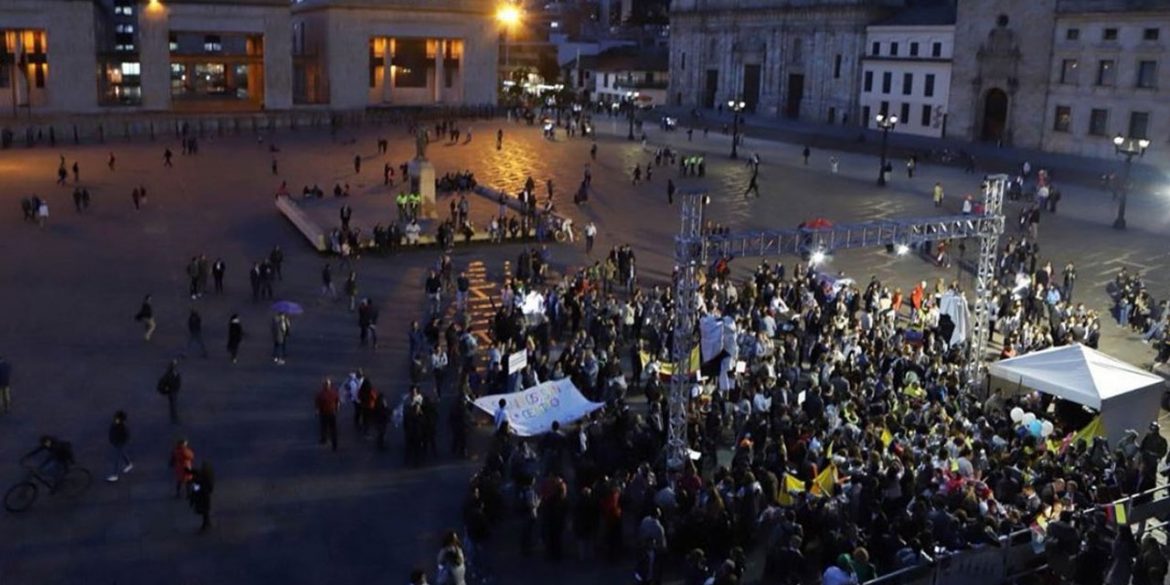 Former president Alvaro Uribe convoked his followers to a “great protest” across Colombia to oppose a recent court ruling that lifted a police ban on drinking a beer or smoking a joint in public. Hardly anyone showed up.

After a protest organized by sympathizers failed to draw crowds on Sunday, Uribe’s far-right Democratic Center Party organized a “great protest” across the country on Wednesday.

Only a few dozen people showed up to hear the former president and political patron of President Ivan Duque in Bogota.

In Uribe’s hometown Medellin even less people showed up, contrary to last month when the annual march to legalize marijuana drew approximately 50 thousands of people.

A protest organized by Uribe’s party in Tunja was canceled after nobody showed up at all.

Uribe told the few who did attend his Bogota protest that he would seek an additional ballot in October’s local elections to revoke a constitutional court ruling that decriminalizes the use of drugs.

“Let this ballot reiterate that parks are for children and young people, never for drugs or alcoholics,” Uribe said.

How the former president wants to add this ballot is unclear. The government coalition of his protege, President Ivan Duque, has no majority in Congress and Uribe lost much of his base after he left office in 2010.

Far-right “uribistas” announced last week they would seek a referendum that would “abolish” the country’s war crimes tribunal and “revoke the high courts” that have consistently blocked their leader’s radical proposals.

But according to political news website La Silla Vacia, the chances of this referendum being successful are slim.

The former president’s increasingly radical opposition to the country’s peace process and the courts have alienated many of Colombia’s moderate voters.

Furthermore, a growing pile of corruption scandals, evidence he was a Medellin Cartel associate and a Supreme Court investigation against Uribe in relation to his alleged formation of a death squad in the 1990s have severely damaged his reputation.