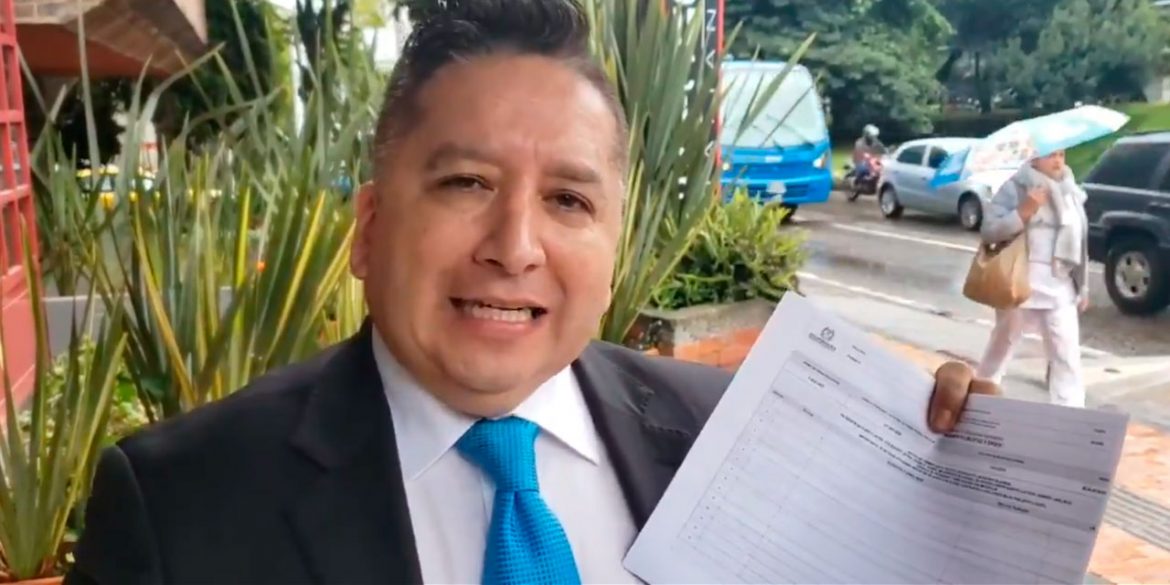 The announcement was made by former radio host Herbin Hoyos, who said the referendum seeks to “abolish” the Special Jurisdiction for Peace (JEP) and “revoke the high courts.”

Uribe is investigated by the Supreme Court for allegedly tampering witnesses who have accused him of forming death squads and has fiercely opposed his country’s peace process.

Hoyos used to host a radio show for kidnapping victims of the FARC until the 2016 peace deal made his program redundant. The former radio host has since dedicated himself to political activism in opposition of the peace process.

The National Registry granted the journalist’s “Liberty and Order Movement” the right to seek the necessary 1.8 million signatures to call a referendum to abolish the JEP and revoke magistrates of the country’s high courts that have safeguarded the peace process and are investigating Uribe.

“We begin this great collecting signatures campaign to reach our objective, which is the repeal of the JEP [and] the creation of a special chamber in the Supreme Court to replace it,” Hoyos told his followers on Twitter.

Furthermore, the far-right activist said he wanted “them to investigate the magistrates who are involved in corruption, who sold quota to allow drug traffickers in the JEP.”

We are going to collect the signatures that are required to materialize the only process that can straighten out Colombia’s destiny.

The far-right activist was one of the main promoters, for example, of a conspiracy theory that claimed that a French woman who died in a 2017 terrorist attack on a Bogota shopping mall was the perpetrator of the attack.

If Hoyos achieves to obtain 1.8 million signatures, these will have to be verified by the National Registry, pass Congress and ultimately be approved by the Constitutional Court before a referendum is called.