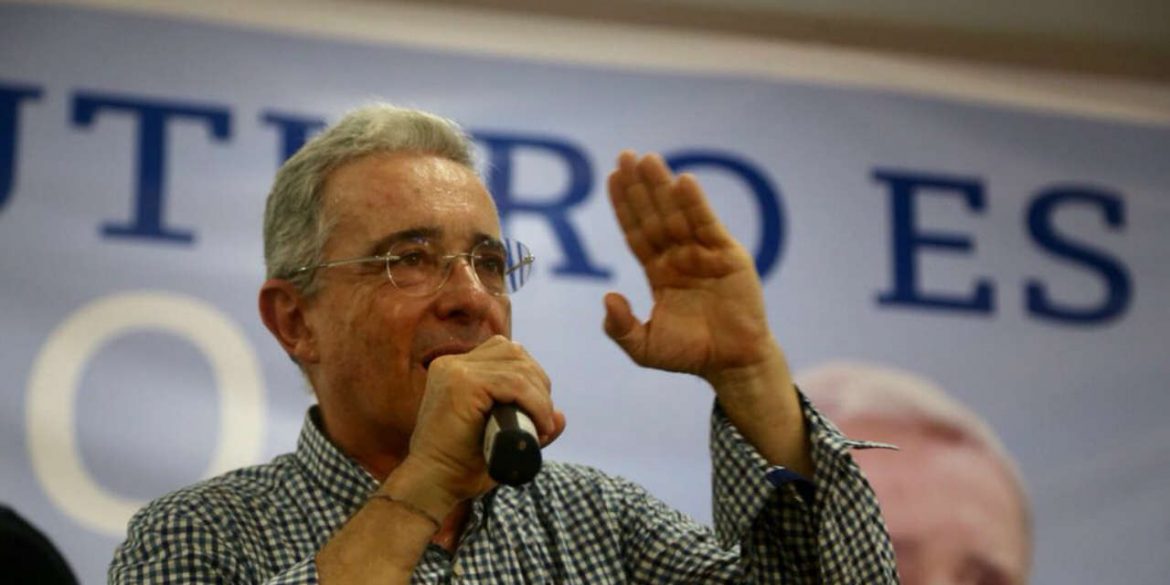 Uribe: will he resign or face Colombia’s Supreme Court?

There is speculation in Colombia about whether former president Alvaro Uribe will resign from the senate or face the Supreme Court over alleged witness tampering.

The Supreme Court wants to interrogate Uribe on September 3 about his alleged attempts to tamper witnesses who have claimed he and his brother formed paramilitary death squads in the 1990s.

But if the controversial politician resigns before that day, the court will “very probably” lose jurisprudence over the case, a court spokesman told Colombia Reports.

Uribe announced his resignation last week, just hours after he was called in for interrogation by the country’s highest court.

Colombia’s congress president and close ally of the former president, Senator Ernesto Macias, met with Uribe over the weekend and told media on Monday that he won’t allow their party to vote on Uribe’s resignation until next week.

“Uribe has a medical disability until August 3, and I have considered that as long as he is on sick leave we do not begin the processing of the letter,” Macias told W Radio.

The hard-right Democratic Center party has asked Uribe to reconsider his resignation.

When asked by reporters about whether he will proceed with the plan to give up his seat in the Senate, the controversial politician evaded the question.

“It is an insubstantial topic. The substantial and relevant thing is that I have never done anything to withhold any knowledge of the investigations to the court,” Uribe told reporters.

Meanwhile, Uribe’s defense attorney challenged the impartiality of three of the Supreme Court’s judges, which is likely to hold up the hearing for weeks.

“It has never been my intention nor has it crossed my mind to do anything to remove the Supreme Court’s jurisdiction to hear this case,” Uribe told reporters.

The Uribe family has been controversial since their rise to prominence in politics and business in the 1970s when late drug lord and Congressman Pablo Escobar imposed the “plata o plomo” rule, meaning that those who were with the Medellin Cartel would be rewarded while detractors would be murdered.

Despite his admitted business ties to Medellin Cartel founders and his alleged ties to death squads, Uribe continues to enjoy popularity among conservative and far-right Colombians who support his radically anti-communist rhetoric.

The criminal investigations are a major problem for the incoming president, Uribe’s protege Ivan Duque, who has consistently stood behind his allegedly criminal political patron and is taking office next week.

Uribe said on Sunday that he will defend himself against criminal charges “in freedom or from jail.”