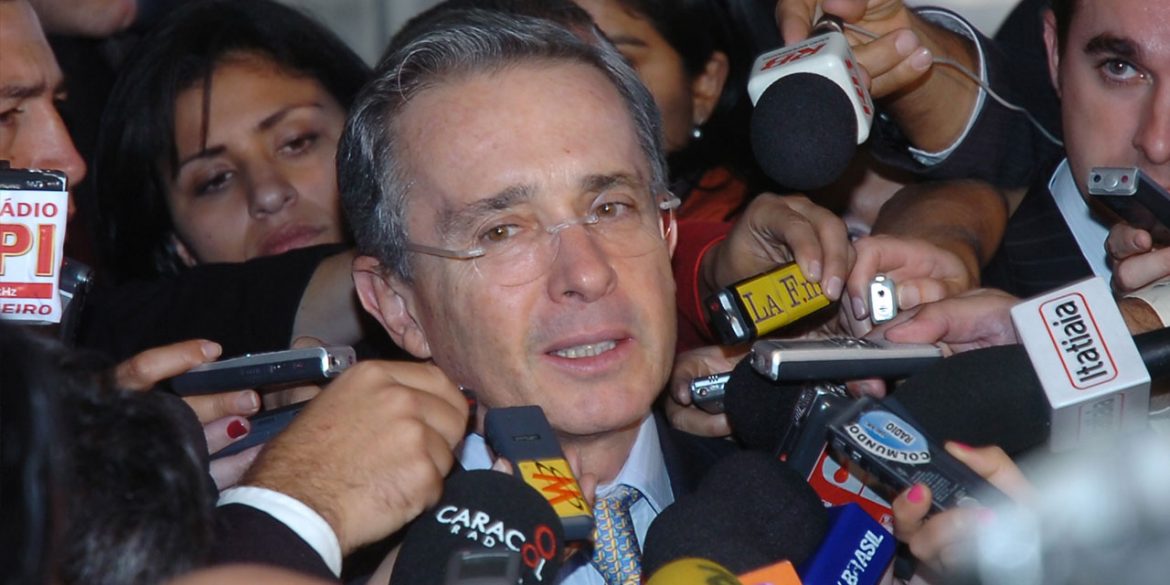 Colombia’s former President Alvaro Uribe said Sunday that “in freedom or from jail” he will defend his family against claims he and his brother formed death squads in the 1990s.

The former President, whose family was closely associated with the Medellin Cartel, announced his resignation from the Senate after he was called in for questioning by the Supreme Court over alleged attempts to silence witnesses.

Uribe’s resignation would have shielded him from further investigation by the Supreme Court that can only prosecute elected officials. According to local media, however, the Prosecutor General’s Office has also opened an investigation, making it almost impossible for Uribe to evade further judicial scrutiny.

In his latest video, Uribe maintained that he and his brother Santiago are the victim of a slander campaign, and repeated claims that witnesses against him were coerced.

Similar claims were proven false by the court in February and resulted in the criminal investigation Uribe is facing now.

The former president’s son Tomas said on Twitter last week already that the Uribe family feared the arrest of the paterfamilias two years after the arrest of Santiago Uribe.

The Uribe family has been controversial since their rise to prominence in politics and business in the 1970s when late drug lord and Congressman Pablo Escobar imposed the “plata o plomo” rule, meaning that those who were with the Medellin Cartel would be rewarded while detractors would be murdered.

Despite his admitted business ties to Medellin Cartel founders and his alleged ties to death squads, Uribe continues to enjoy popularity among conservative and far-right Colombians who support his radically anti-communist rhetoric.

The criminal investigations are a major problem for President-elect Ivan Duque, Uribe’s protege, who has consistently stood behind his allegedly criminal political patron and is taking office next week.