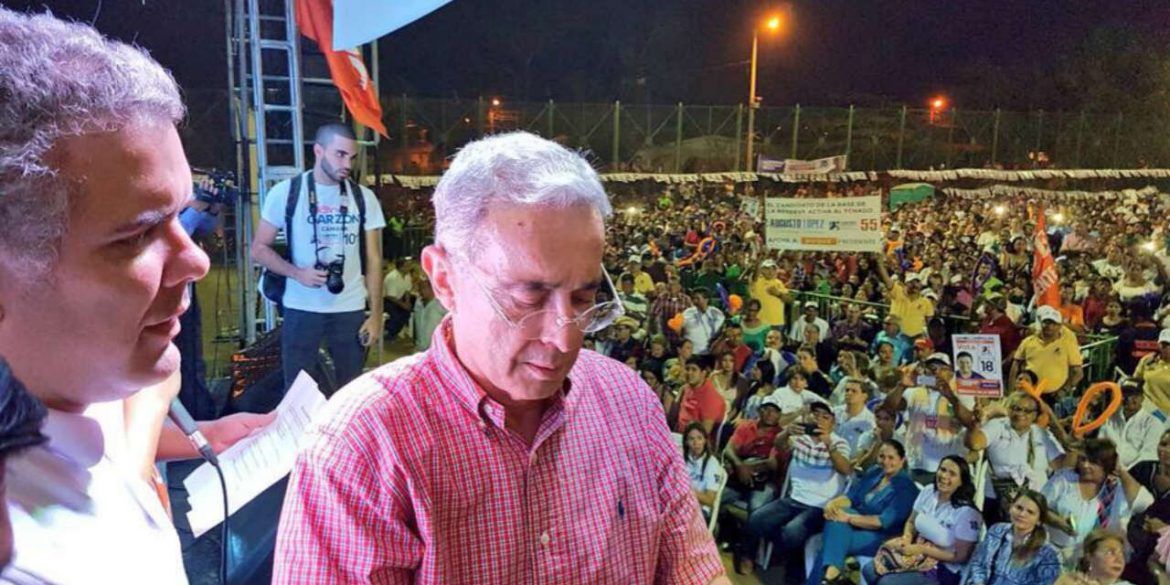 After months of polarization between his followers and opponents, Colombia’s hard-right former president Alvaro Uribe on Tuesday condemned the use of deaths threats in political debates.

The leader of the hard-line Democratic Center (CD) party called on his five million followers on Twitter to “express arguments. No threats, no class hatred” after a famous cartoonist said he had been threatened by “uribistas.”

The powerful former president is on the defense after the Supreme Court ordered an investigation into his alleged ties to far-right paramilitary groups and corruption scandals.

“Matador,” a fierce critic of Uribe, said he would stop publishing cartoons on social media after an Uribe-loyal attorney lamented the absence of late paramilitary leader Carlos Castaño “to shut him up.”

Uribe’s party said it had expelled the attorney, stressing he “never was part of any executive or decision-making entity of the party.”

Colombia’s prosecution said Tuesday it would investigate death threats sent to to the cartoonist. Investigators were already investigating a physical attack on Petro.

The presidential election race has been dominated by polarization and outbursts of violence that triggered alerts by independent electoral observers.

Uribe and his party — who oppose an ongoing peace process with Marxist FARC guerrillas — can count on the support of conservatives, wealthy ranchers and anti-communists.

The CD presidential candidate joined calls of moderate and leftist candidates to maintain an orderly debate.

“We can not let these violent expressions and incitations to intolerance continue,” Duque told television network Caracol.

“The Democratic Center debates, scandalizes, dissents and argues in the streets of Colombia, but it does not threaten,”  Uribe reiterated in the Senate.

According to the former President, his followers also perceive a “threat in some regions.”

A test for peace

The May 27 first round of the presidential elections has been a major test for the country’s peace process.

The FARC’s new political party took part in legislative elections and a transitional justice system that seeks to provide justice for war crimes came to force in March.

Uribe is widely credited for having led a hard-line military campaign that diminished the FARC’s influence when he was president between 2002 and 2010.

His political career, however, has been marred by his family’s close ties to the Ochoa crime family and alleged ties to anti-communist death squads.