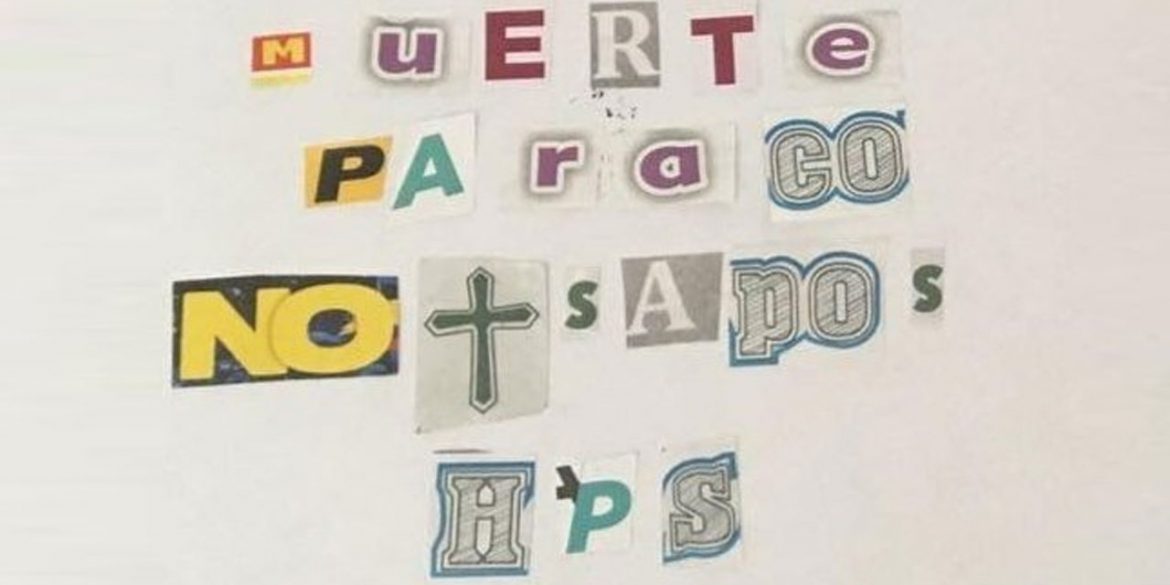 The party of Colombia’s ex-President Alvaro Uribe said Friday that supporters and members of his party have received a death threat at their office in Medellin.

The pamphlet called for the “death of the ‘uribista’ commanders in our universities” in Uribe’s home-province of Antioquia and its capital Medellin.

Antioquia is not Uribe
Respect our universities
Our cloisters are of free and revolutionary thought
We will never submit to the way of thinking of drug trafficker #82.
Fucking criminal paramilitary minions.

The pamphlet was accompanied by images of the controversial former president and former associate of Medellin Cartel founders, and presumed supporters. 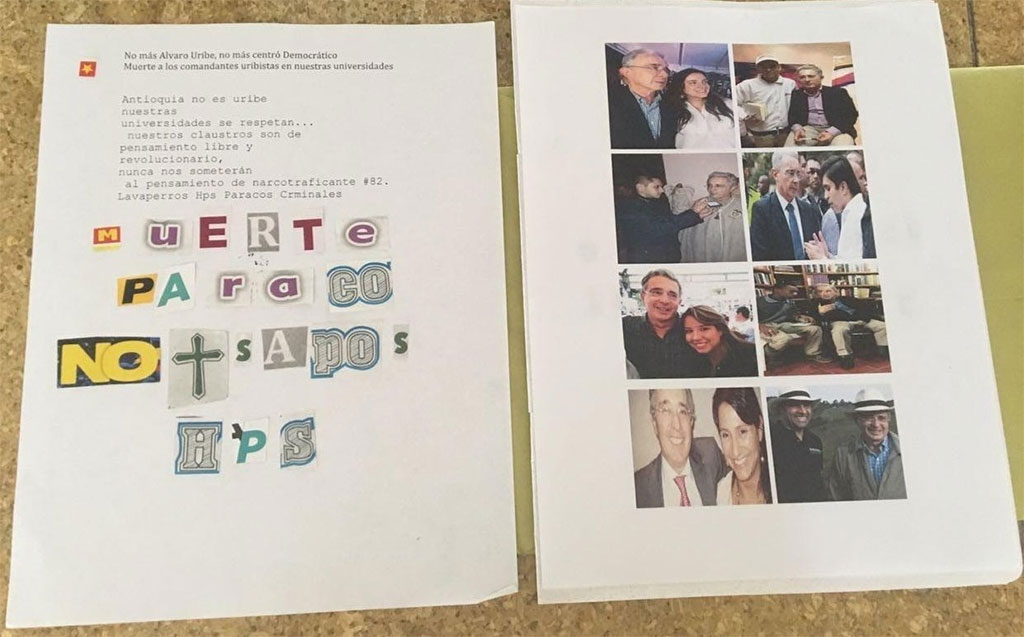 The CD rejected the death threat, saying that “acts like yesterday’s only encourage all the members of the community to keep working and fighting, in defense of democracy and respect.”

While death threats and assassinations commonly target leftist activists and organizations, the authoritarian former president has increasingly become a target for criticism and protests, particularly by students.

Zealots on both sides

The former president’s party is the most radical of Colombia’s conservative parties. Local CD leaders incited physical violence targeting left-leaning presidential candidates ahead of legislative elections in March, and Uribe has often and falsely accused critics of being communists or tied to “narco-terrorism.”

Moreover, the former president is due in court over alleged attempts to obstruct investigations by coercing witnesses who have testified over Uribe’s alleged ties to far-right paramilitary death squads.

But Uribe is not the only radical in Colombia. Extremist leftist illegal armed groups like the ELN continue to use violence and intimidation as tools to advance their political agendas.

Public universities have also long been used by radicalized students and illegal armed groups for the recruitment of new members that could support revolutionary or anti-government causes.

Peace could take decades to consolidate

Despite an ongoing peace process with the FARC — until last year a Marxist rebel force with at least 13,000 members — Colombia continues to suffer deep social and political divisions that existed long before they descended into an armed conflict in 1964.

An ongoing peace process that begun under former President Juan Manuel Santos and is now continued under President Ivan Duque, a moderate disciple of Uribe, is meant to normalize the political tensions in the country and channel political disputes through political participation rather than the violence and intimidation that have dominated Colombian politics since it declared independence from Spain in 1810.