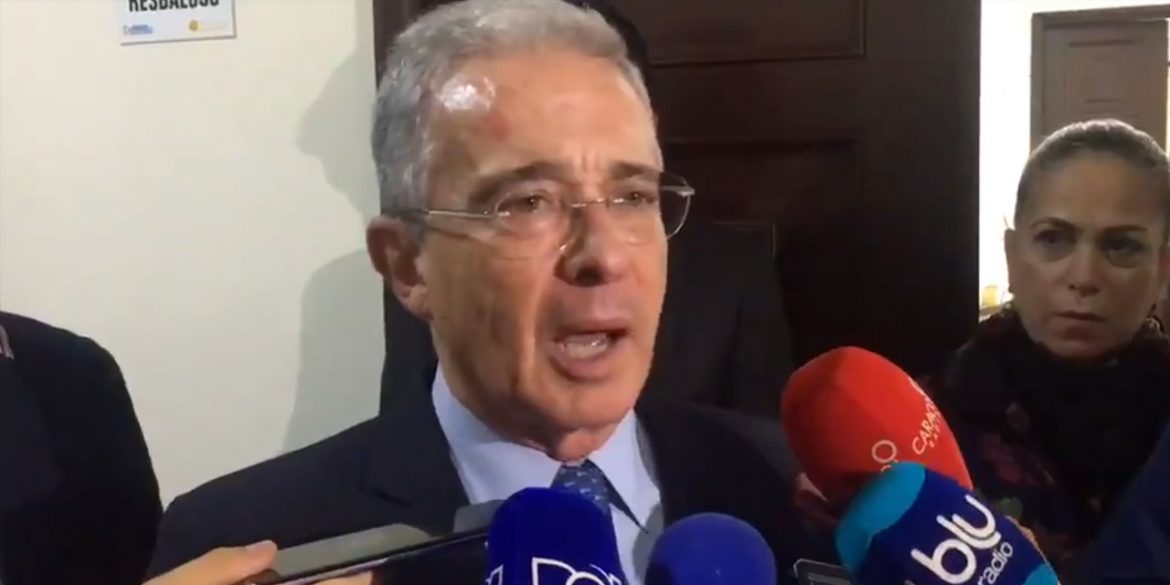 The political patron of Colombia’s President Ivan Duque, former President Alvaro Uribe, on Sunday suggested that authorities have the right to instigate a “massacre with social criteria.”

The Tweet was part of a series in which the senator expressed his disapproval over a compromise made between the government and Native Colombians in the southwest after weeks of violence.

Ahead of the deal, native Colombian spokesperson Jose Pete said that if the police use force to clear the Pan-American highway that was blocked during the protests, this could result “in the worst massacre of Colombia.”

Uribe responded that “if the authority, serenely, firmly and with social criteria instigates a massacre this is because on the other side there is violence and terror aside protest.”

The Tweet triggered a storm of protest and made the far-right former president’s #MassacreWithSocialCriteria a trending topic on Twitter.

“You cannot justify a massacre under any circumstance,” Yolanda Ruiz, director of conservative radio station RCN, said on Twitter, urging Uribe “to be responsible.”

Uribe responded by tweeting that “a serene and firm authority with social criteria does not carry out massacres, these are carried out by criminals that take advantage of seek shelter in protests.”

The president’s far-right political patron and his defense minister previously claimed that the indigenous protests had been infiltrated by “terrorists” after guerrillas killed a policemen near the protests.

Far-right members and supporters of Uribe’s Democratic Center party have frequently referred to native Colombians as “animals,” “guerrillas” and “terrorists.”

Eight indigenous protesters and one student were killed in an explosion at one of the protesters’ camps in what the local indigenous authority called a massacre.

Uribe has been linked to two massacres carried out by paramilitary death squads he created when he was governor of his troubled Antioquia province in the 1990s.