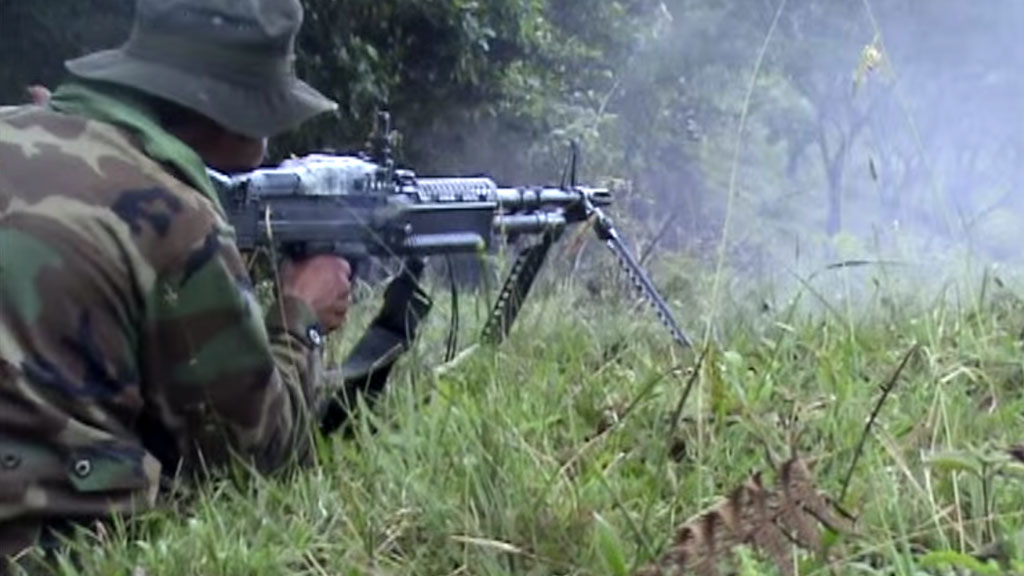 Alleged members of paramilitary successor group “Los Urabeños” were killed in combat with FARC rebels in the north of Colombia on Monday.

Both groups lay claim on illegal activities like drug trafficking and illegal mining in the area around El Bagre, Antioquia, where the fighting took place.

The groups are also ideologically opposed, at least in theory, as both groups’ main activity in the Bajo Cauca region is crime-related.

While the far-left FARC has long fought the state with Marxist ideals, the predecessor of the Urabeños, far-right paramilitary organization AUC, was founded to combat the guerrillas and diminish leftist political influences.

For years, the FARC and the Urabeños reportedly upheld a non-aggression pact, which reduced violence related to the groups’ rivalry in drug trafficking and mining.

However, this pact broke in January last year after which the Urabeños and the FARC resumed attacks on each other.

Last month, more than 400 residents of the same El Bagre municipality were displaced due to fighting between the two groups.

Also in the west of the country, violence between either FARC or ELN rebels and paramilitary successor groups have flared up.

The Urabeños have been making several territorial moves since the FARC began talks with the government to negotiate an end to the conflict between the rebels and the state that began in 1964.

However, neo-paramilitary violence is complicating these talks.

While the government has persistently downplayed the relevance of groups like the Urabeños, the FARC demand their dismantling as a security guarantee for fighters who demobilize if peace is reached.