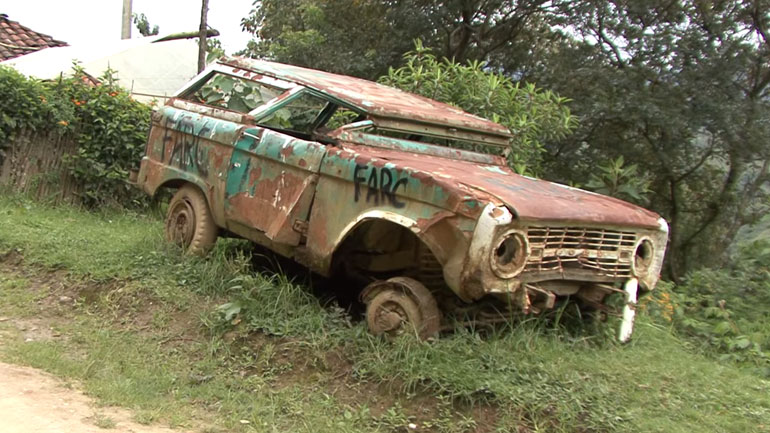 More than 400 people from several villages in northern Colombia were forced to flee their homes and one 14-year-old girl was killed in ongoing violence between leftist rebel group FARC, their neo-paramilitary rivals “Los Urabeños,” the military and drug traffickers.

The outburst of violence was concentrated to Bajo Cauca, a coca-growing region in the north of the Antioquia province where both the FARC and Urabeños have a strong presence.

According to the United Nations, 421 people from hamlets surrounding the town of El Bagre were forced to flee their homes and seek refuge in the municipal center.

The UN’s humanitarian office said that the region has seen “ongoing confrontations between the two armed groups over territorial control” since December.

Additionally, the UN registered “cases of selective homicides among youth and the retention of people” by illegal armed groups carrying out road checks.

Meanwhile, a 14-year-old girl who was celebrating her birthday with her family was accidentally shot dead by a member of the military during an operation targeting a local drug lord in Caceres, some 35 miles west of where the FARC and the Urabeños are engaged in a turf war.

A second attendant at the birthday party was injured in the incident.

The Bajo Cauca region has long been one of the hardest hit by Colombia’s armed conflict, and violence caused by drug trafficking and illegal mining.

The area has long been among one of the main coca growing areas in the country. For years, illegal armed groups like the FARC and Urabeños have also been engaged in illegal gold mining operations in the area.

The FARC, Colombia’s oldest and largest rebel group, is currently negotiating its demobilization with the government. The Urabeños, the country’s second largest illegal armed group, has been moving into guerrilla territory while these talks have been ongoing.