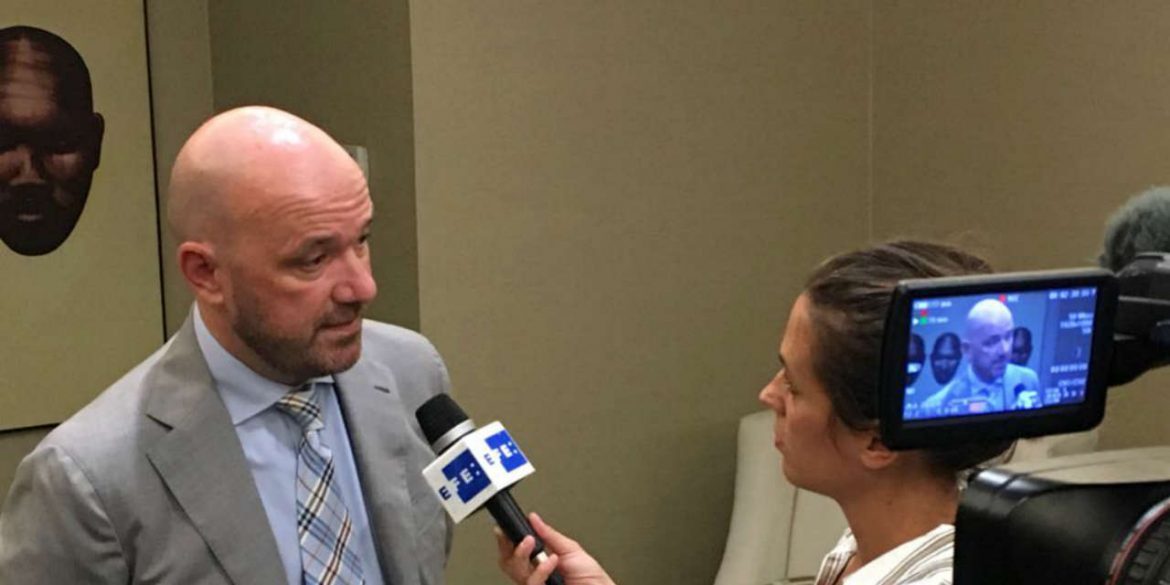 “This is unheard of,” the United Nations’ human rights chief in Colombia, Alberto Brunori, told newspaper El Espectador after revealing he was granted only a temporary visa.

Brunori’s visa issues are creating visible tensions between the UN office in charge of monitoring the country’s peace process and the administration of President Juan Manuel Santos.

“This was not the agreement,” according to the top official, whose office is in charge of determining whether the Colombian state and the demobilized FARC guerrillas are complying with the peace deal signed in 2016.

“Because of some problem we are unaware of, first I was accredited until August 31 and then until December 31,” Brunori told El Espectador.

According to the Italian official, he has met and called with the Foreign Ministry in which no explanation was given for the “unprecedented” situation.

Brunori’s predecessor, Scott Howland, was in Colombia for six years and there is no reason to assume the new human rights chief will be in the country for a shorter period of time.

Without the proper accreditation “I don’t feel very comfortable to begin the coordination of the office” of human rights, Brunori told the newspaper.

The Italian diplomat’s arrival had already been delayed after the government failed to timely issue the visa that would allow him to carry out his diplomatic duties.

The delay impeded the presentation of the UN’s annual human rights report that was prepared by Brunori’s predecessor and highly critical of ongoing human rights abuses and state failures to comply with Colombia’s peace process.