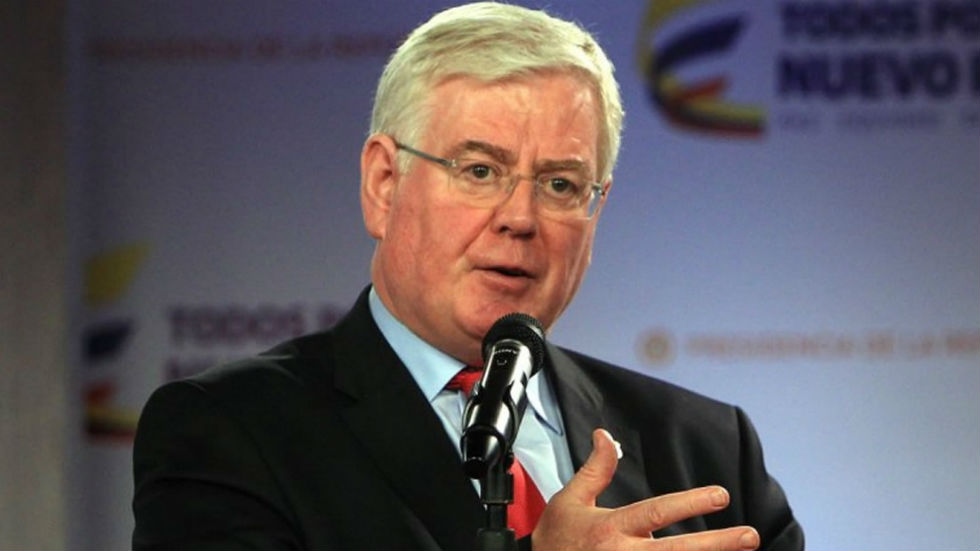 The European Union envoy to Colombia’s peace process has urged the government to provide “maximum protection” to social and community leaders, more than 30 of whom have been assassinated since the beginning of the process.

Eamon Gilmore expressed his deep regret about the 35 victims that have been murdered in Colombia since the signing of the peace accord between the government and the FARC, demanding immediate protection for community leaders as well as guerrillas leaving demobilization camps.

“One of the concerns we have is the vulnerability of the social leaders, the intimidation and the threats of which they have been victims. What we want is to monitor the safety of these leaders,” he said in an interview with El Espectador newspaper.

“We are supporting the creation of a specialized unit within the Office of the Prosecutor General to deal with cases of violence against social leaders. We are very aware of the history of the problem and we want to ensure that these people have the highest level of protection,” added the Irishman.

Gilmore, who was directly involved in the peace process in Northern Ireland wants to see increased EU support in the areas that have been most affected by the killings of leftist and community leaders in advance of full FARC demobilization.

“We want to help realize the human rights dimension of the peace agreement. We are, for example, working to strengthen the presence of the United Nations Office of the High Commissioner for Human Rights in Arauca, Choco, Cordoba, Guaviare, Huila, Putumayo and Uraba, key regions for the demobilization of the FARC,” said the diplomat.

Colombia’s peace process is at a very delicate stage. Paramilitary groups pose a significant threat to the implementation of the peace accords with the FARC.

One of the crucial elements of the agreement was that government forces would take control of previously FARC-controlled territory and begin imposing state law instead of guerrilla rule.

On February 5, President Juan Manuel Santos announced the military offensive called “Plan Victoria” for the third time, saying that 68,000 soldiers would be deployed in the 160 municipalities considered risk areas.

However, it has become apparent that this plan has not been accomplished, allowing both paramilitary groups and drug traffickers to fill the power vacuum and assume territorial control in many rural areas.

In many parts of the territory chronically neglected by the state, the army is yet to be seen or has only had sporadic movements.

Amid increasing calls from both at home and abroad to improve security, President Santos this week vowed to ratify the Special Investigation Unit of the Prosecutor General’s Office to effectively investigate and prosecute the illegal armed groups that have been killing social leaders, demobilized former FARC guerrillas and their family members.

To address the power vacuum that has been exploited by paramilitaries, the government promised to begin a pilot project in the Pacific port cities of Buenaventura and Tumaco to effectively dismantle these groups, FARC dissident groups and drug trafficking organizations where so far the military has failed.

This responsibility will be transferred from the military to the Elite Police Force the government vowed to put together amid increasing indications that corrupt elements within the military are working together with drug traffickers and paramilitary groups to frustrate the process.

These drastic concerns over security stem from fears of another massacre like that of the Patriotic Union, a political party co-founded by the Marxist FARC guerrilla group in the mid-1980s that was subsequently subjected to the mass killings of thousands of its members by paramilitaries and members of the security forces.