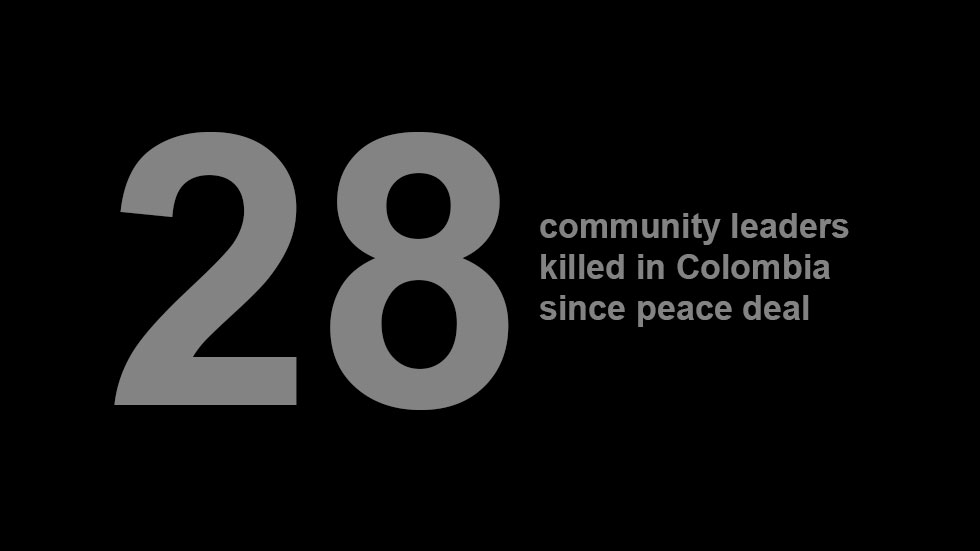 A community leader has been killed in southern Colombia, making him the 28th since a peace deal with guerrilla group FARC came into effect, news website Pacifista reported Wednesday.

According to the website, an unidentified group of armed men murdered Alvino Rosero, the president of the Communal Action Board of the village of La Union, Putumayo, early Monday morning.

The Putamayo region of Colombia is one that is experiencing a power vacuum following the demobilization of Colombia’s largest guerrilla group, the FARC, which used to control the coca-rich region together with drug trafficking paramilitary group La Constru.

Putumayo governor Sorrel Aroca Rodriguez told Colombia Reports last month that the security forces “must be more agile and effective to prevent other criminal actors and groups from taking advantage of the situation.”

Solarte said that, “the facts that caused the death are currently unknown.” He also said that, “Communal Action is in mourning. We have lost another leader. Our thoughts are with his family following the great loss of our esteemed president.”

So far no more information has been released, but Rosero’s death has come at a time when social activists throughout the country are being targeted, primarily by paramilitary groups.

Putumayo’s La Constru is one of those groups and controls most drug trafficking operations in Putamayo, strategically located along the Ecuadorean border.

Media from the region have reported that La Constru had taken over the FARC’s rural extortion rackets while a rise in death threats targeting community leaders emerged after the guerrillas’ demobilization in January.

Rosero’s role as a community leader may have put him on the wrong side of La Constru and ultimately resulted in his death, in an attempt by the paramilitary group to consolidate their power in the region.

Such persecution against those who seek to defend the rights of their local communities has increased dramatically during the tenure of President Santos, with 534 political activists killed in between 2011 and 2016 according to statistics published by a British human rights NGO, Justice for Colombia (JFC).

The killings have sparked outcry from leaders of rural human rights organizations who seek to see more guarantees given to community leaders and better protection from neo-paramilitary groups.