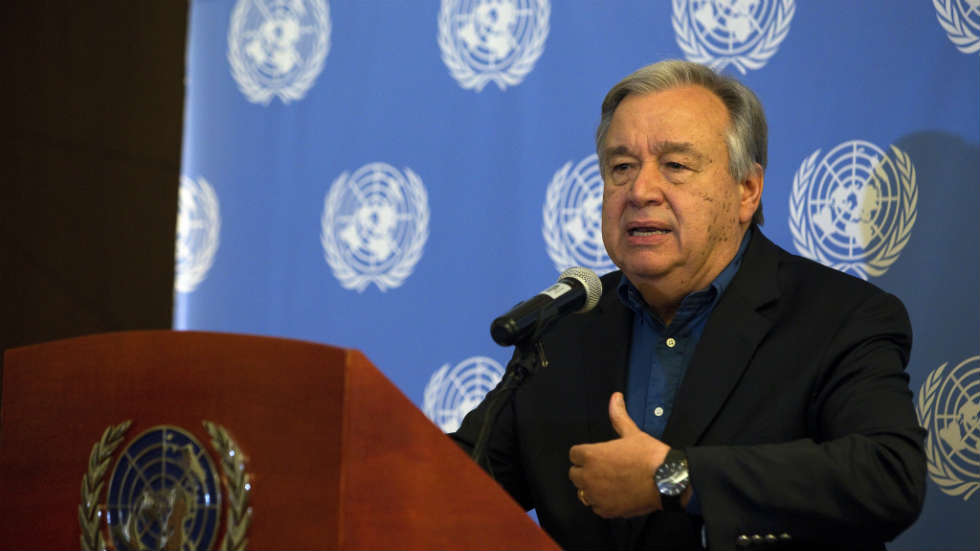 Guterres made the remarks at the end of a two-day trip to Colombia in which the UN chief sought to be briefed about the recently suspended talks with the ELN and an ongoing peace process with the FARC.

The UN chief called on the international organization’s team in Colombia to “take all the necessary action to facilitate the parties’ return to the table”  in Quito, Ecuador.

The ELN talks entered a crisis after the ELN resumed attacks and President Juan Manuel Santos ordered the government’s negotiation team to abandon the negotiations.

Colombia peace talks in crisis after ‘wave’ of ELN attacks

The two warring parties failed to reach an agreement that would allow the extension of a ceasefire that ended on Tuesday.

Observers registered more than 30 violent incidents in the 100 days of the ELN’s first ever ceasefire. The suspension of combat and guerrilla attacks, however, greatly improved the humanitarian situation in ELN territory.

The crisis surged in spite virtually unanimous calls to maintain the ceasefire.

Community organizations, social leaders, the Catholic Church and the UN had urged the ELN and the Santos administration not to resume violence and maintain talks.

The Church, which had monitored the ceasefire, said that the violence could potentially damage an ongoing peace process with the FARC, until last year Colombia’s largest guerrilla group.

The ELN has called to continue talks and agree to a new ceasefire “that overcomes the problems of the last one.”

The government refuses talks until the guerrillas show “unequivocal peace gestures” before agreeing to resume talks.

The ceasefire was the first in the more than 50 years that the ELN has been fighting the Colombian state.

The group is the last of original actors that continues to take part in an armed conflict that has cost the lives of more than 265,000 Colombians and spurred the displacement of more than 7 million.