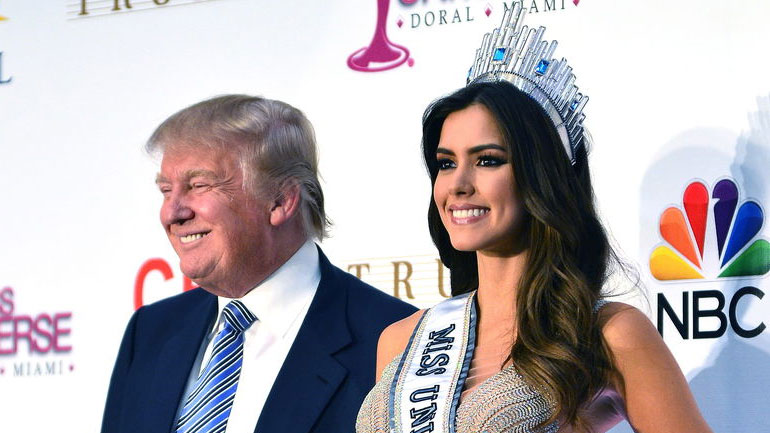 US presidential hopeful Donald Trump on Sunday called Miss Universe, Colombia’s Paulina Vega, a hypocrite after she criticized him for derogatory comments over Mexicans and Latino immigrants.

Trump had offended Latinos in the US and in Latin America by saying Mexican immigrants disregarding their legal status in the US are “bringing drugs, they’re bringing crime” and claiming “they’re rapists.”

Two weeks after the comments that spurred a wave of criticism, Vega said on Instagram that “I find Mr. Trump’s comments unjust and hurtful. As a Colombian and as Miss Universe, I want to show my support and validate the sentiments of the Latin community.”

The polemic real estate mogul and owner of the Miss Universe beauty pageant hit back, calling Vega a hypocrite for criticizing him without surrendering the crown she won at his event.

According to a defiant Trump, he did nothing but “telling the truth about illegal immigration.”

While the slur cost Trump significant deals with department store chain Macy’s and television stations NBC and Univision and even resulted in criticism from fellow-Republican Party primary candidate Jeb Bush, the business mogul did gain support in the primary race and, according to a CNN poll, is now the second most popular Republican candidate after Bush.