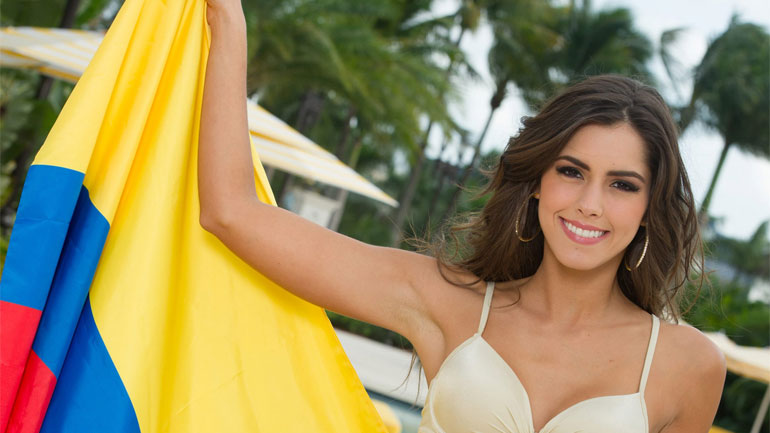 The current Miss Universe, Paulina Vega from Colombia, on Thursday condemned her boss, the US presidential hopeful Donald Trump, over his “unjust and hurtful” comments regarding Latinos.

“As a Colombian and as Miss Universe, I want to show my support and validate the sentiments of the Latin community” that has fiercely rejected Trump.

When announcing his intention to run for presidentof the United States, the real estate mogul and owner of Miss Universe claimed that Mexican immigrants are “bringing drugs, they’re bringing crime” and claiming “they’re rapists.”

To further offend those south of the US border, Trump continued claiming “it’s coming from more than Mexico. It’s coming from all over South and Latin America.”

“I strongly believe that dividing and categorizing humankind only holds it back,” said Vega, who was crowned Miss Universe in January.

The beauty queen has said she won’t be giving up her crown despite outrage in Colombia over Trump’s views, the Associated Press reported.

Colombia’s capital Bogota earlier this week withdrew its bid to host next year’s Miss Universe beauty pageant that is owned by Trump.