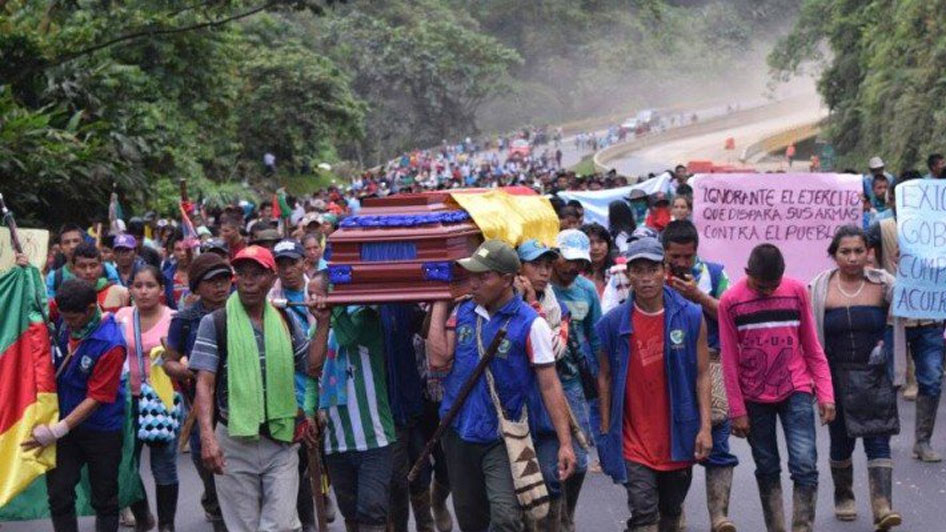 Rural organizations and the government said late Saturday they have agreed to de-escalate mass protests over the country’s economic policy that have shut down parts of the country.

The protests began Monday with indigenous protesters blocking the road connecting Pacific port city Buenaventura, the largest in the country, and the rest of the country.

On Tuesday, Colombia’s human rights office reported that some 10,000 Colombians, mainly indigenous and small farmers, were taking part in the protests and had begun blocking roads, spurring violent responses from riot police whose orders are to prevent the country’s road infrastructure from collapsing.

Nevertheless, the same office on Saturday said that the group of protesters had expanded to 30,000 and 15 roads were blocked. Riot police had dismantled 11 roadblocks, the office said.

According to the Marcha Patriotica, a leftist organization that supports the protests, as many as 100,000 rural Colombians are taking part in the protests on some 60 locations across the country.

For days it seemed that the ongoing protests could result in extreme violence that took place in 2013 when farmers, miners and truckers held similar protests. Those protests led to the deaths of at least 12 protests while hundreds were thrown into jail.

Also during the current protests, several people died, dozens were injured and dozens were jailed.

According to the activist Contagio Radio, 179 protesters had been injured in clashes with police while another 152 had been arrested between Monday and Saturday.

To prevent further escalation, the administration of President Juan Manuel Santos had sent a high-level commission to La Maria, Cauca on Thursday to talk with indigenous leaders who demand the government keep its word on rural reforms promised to end the violent 2013 strikes.

According to the Cumbre Agraria, a farmers’ rights organization, the government representatives and protesters agreed to a number of confidence-building measures on Saturday that could lead to the end of protests and alleviation of economic hardship in the countryside that spurred the protests, both in 2013 and now.

However, the organization also said that the protests would continue until there is agreement on the government’s compliance with its own promises.

In the meantime, the farmers said the government had vowed to no longer violently suppress protests, intimidate protesters and refrain from accusations that the protests are infiltrated by guerrilla groups.

Additionally, the United Nations has called in to monitor the protests at the request of the farmers and some 115 protesters were released from jail.