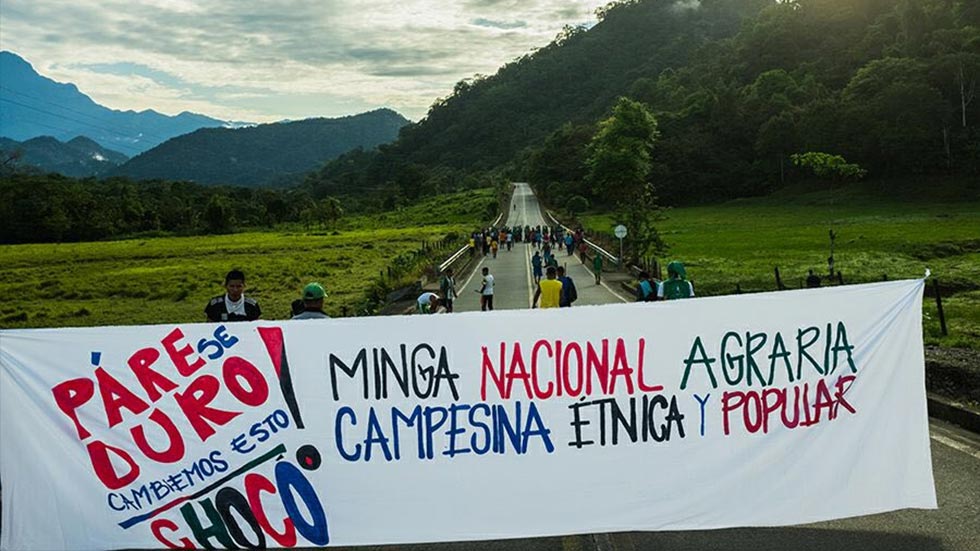 The Colombian Government has sent a commission of ministers to negotiate with leaders of ongoing indigenous and rural protests that have been blocking roads across the country.

The protests concern the Government’s failure to keep the promises it made after previous strikes in 2013 which left 12 protesters dead, nearly 500 wounded and some 600 detained.

Many small farmers claim their economic situation worsened after the free trade agreement with the United States came into force.

They feel isolated and unsupported. Poverty levels in mainly indigenous and Afro-Colombian areas are disproportionately high after decades of state abandonment, and this year alone at least 30 indigenous children have died of malnutrition in indigenous communities throughout Colombia.

The members of the Regional Indigenous Council of the Cauca have prepared a series of petitions that they aim to base the discussion around.

However, the Government commission have brought a report that they argue demonstrates the investments and advances that have been made to meet the agreements of 2013.

The government wants to resolve the roadblocks that have been established in 6 different departments. They are aiming for a resolution by Thursday evening.

Meanwhile, two more indigenous people have died during the protests, leading to a total of three fatalities so far.

One was allegedly killed when a gas canister hit him in the chest; the other allegedly died from bullet wounds.