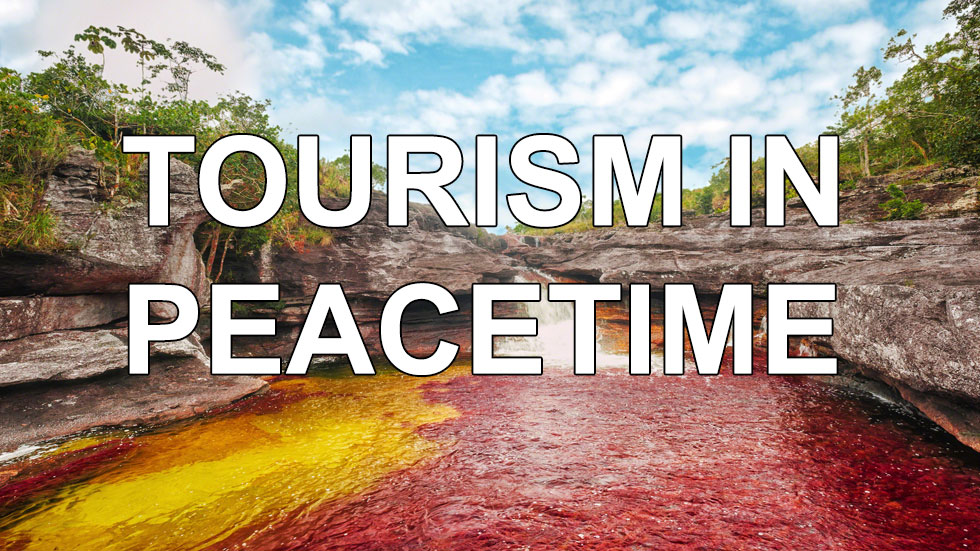 Tourism is the “master key” to the development of Colombia’s regions long burdened by war, the country’s tourism minister said ahead of a forum attended by two former Nobel Peace Prize laureates.

Tourism Minister Maria Claudia Lacouture organized a forum in the capital Bogota to see how tourism initiatives could help the country’s attempts to peace building after 52 years of war between the state and Marxist FARC guerrillas.

The forum was attended by the former First Minister of Northern Ireland William David Trimble and former Liberia President Leymah Gbowee, who were awarded a Nobel Peace Prize respectively in 1998 and 2011. Both were in the Colombian capital to attend a summit of Nobel Peace Prize laureates.

Tourism in the master key for the sustainable development of vulnerable regions or areas affected by the conflict. For this reason it is of mayor importance to learn from the experience of those who have walked the road to peace and who have made tourism and industry that takes advantage of new spaces to stimulate the economy.

Apart from the Nobel Peace Prize laureates, the forum was attended by Cordula Wohlmuther, author of the “International Handbook on Tourism and Peace” and Megan Epler Wood, author of the Book “Sustainable Tourism in a Finite Planet.”

The Tourism Ministry and Colombia promotion agency ProColombia said they have already been looking for tourism potential in areas previously inaccessible because of the violence.

Ahead of the event, ProColombia director Felipe Jaramillo said he expected the increase in safety in former conflict areas would particularly attract foreign tourists, who are still unaware of some of Colombia’s tourism gems.

While formal policies to stimulate the economy and in particular the tourism economy are yet to put in place, local tourists have already begun venturing into areas until recently considered too dangerous to enter.

According to ProColombia, tourism to Uribe, a municipality in the central Meta province and home to the Caño Cristales River, is 10 times higher than it was in 2010.

According to website Las2Orillas, the town of Caldono — where the FARC ruled for decades — has seen the number of restaurants increase from two in 2014 to nine in August last year.

Both towns for decades have suffered from the armed conflict that has left more than 265,000 Colombians dead and approximately 7 million displaced.