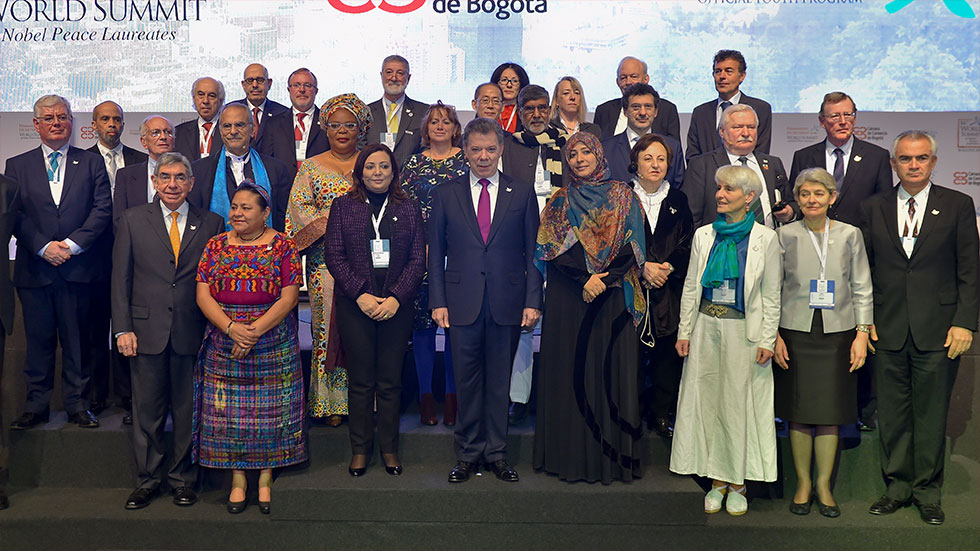 Nobel Peace Prize laureates who gathered for a summit in Colombia’s capital Bogota on Thursday rejected the United States’ plans to build a wall on the border with Mexico.

According to the 1987 Nobel Peace Prize winner Oscar Arias from Costa Rica, US President Donald Trump “attacks human rights with the construction of a wall between his country and Mexico.”

“His actions are the winter of despair,” said Arias, citing Charles Dickens.

“The wall threatens our globalism as it sows fear among Americans and across the globe. Fear should not dominate us. We defend achieved liberties,” said Rigoberta Menchu from Guatemala, who won the Nobel Peace Prize for her defense of indigenous rights in her country.

The Nobel Peace Prize laureates were in Colombia’s capital Bogota to visit Colombian President Juan Manuel Santos, who last year won the prize for his successful attempt to barter an end to 52 years of armed conflict with the FARC, the country’s largest and oldest illegal armed group.

The Santos administration is set to embark on peace talks with the last remaining rebel group, the much smaller ELN, in the Ecuadorean capital Quito next week.