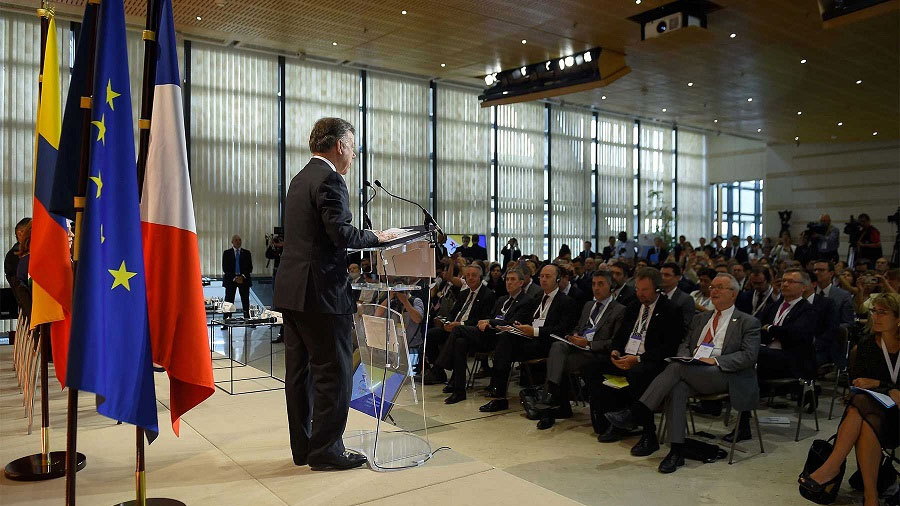 While the disarmament of the Colombia’s longest-living rebel group is not set to finish until next week, President Juan Manuel Santos announced on Friday that “today” the FARC ceases to exist.

The president made the claim in a meeting with potential investors in France, where the Colombian president is on a formal visit.

The former guerrilla group has been taking part in a demobilization, disarmament and reintegration process since December last year and are currently in the final stage of disarming.

According to Santos, the United Nations will confirm his claim that the country’s largest rebel group will have handed in all their weapons later on Friday.

The president stressed the importance of the FARC’s retirement from the armed conflict and participation in legal politics to a room full of businessmen, potentially interested in investing in the South American country that in November signed a peace deal that ended a 52-year-long armed conflict between the state and the guerrillas.

“Many investors wouldn’t come to Colombia for being a country with an internal armed conflict,” Santos said, claiming the end of the FARC’s half-a-century attempted revolution would bring “very important” “economic benefits.”

The Colombian President was accompanied by France’s Economy Minister, Bruno Le Maire, who said the ties between the European and South American country “are strengthening.”

Santos’ visit came days after the president ratified a trade agreement with France, one of Europe’s largest economies, on top of an already active trade deal with the European Union of which France is a member.