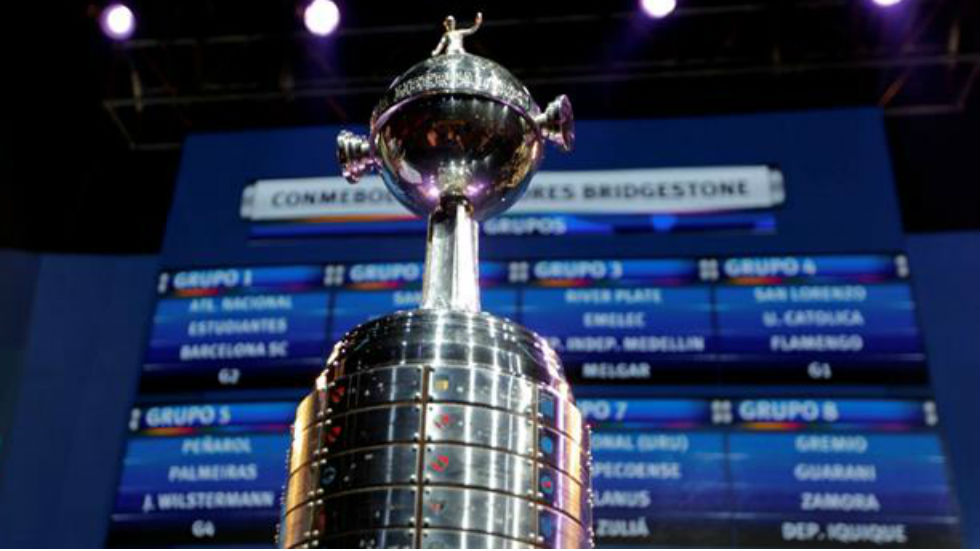 Three teams from Colombia will feature in the group stages of the 58th edition of South America’s Champions League equivalent kicking off across the continent on Tuesday.

This year’s tournament will include a revised format with the number of teams increasing from 38 to 47 teams, seeing the competition run for an extended period from January to late November.

The absence of Mexican teams is another notable change with their football federation claiming that for this year they were unable to reconcile their domestic calendar with the amended Copa Libertadores format.

The first group stage games will take place on March 7-9 featuring Bogota’s Santa Fe with both Medellin clubs having to wait until the following week to join the action.

Bogota’s Independiente Sante Fe will be the first Colombian team in action in this year’s competition as they travel to Bolivia to take on The Strongest on Thursday, the first tie in Group 2 that includes Brazilian kingpins Santos FC and Sporting Cristal of Peru.

The team from the capital won their 9th Colombian League title in 2016 and will hope to make progress in the continents’ premier competition having reached the semi-finals in 2013.

“Los Cardenales” boast much of the same squad that captured the league title but have made a couple of additions including  midfielder Johan Arango and ex- Everton attacker Denis Stracqualursi.

Manager Gustavo Costas’ side will face a difficult opening task at the Estadio Hernando Siles in the Bolivian capital with an altitude of 3,637 meters.

The 2015 Copa Sudamericana champions however will be expected to pick up points in La Paz and add to them with games against Peru’s Sporting Cristal before a likely group decider with the Brazilian giants.

Medellin’s Atletico Nacional will begin the defence of their title in Group 1 by facing four-time continental champions Estudiantes of Argentina, Brazil’s Botafogo and two-time runner up Barcelona S.C. from Ecuador.

The 15-time Colombia league champions will be aiming to become the first team since Argentina’s Boca Juniors (2000 & 2001) to win back-to-back Copa Libertadores titles.

Reinaldo Rueda’s team had a bittersweet 2016, winning the Copa Libertadores in July and qualifying for the Copa Sudamericana final in November before the plane of their would-be opponents Chapecoense from Brazil tragically crashed upon entry to their city before the game.

While expectation is high amongst Nacional fans of another triumph in the competition, there have been wholesale changes to the team that delivered the clubs second continental title last July.

A raft of players including Davinson Sanchez, Alexander Mejia, Sebastian Perez, Alejandro Guerra, Orlando Berrio, Marlos Moreno and Miguel Borja have all departed the club since lifting the prestigious trophy leaving coach Reinaldo Rueda to do something of a rebuilding job.

However, with the goalkeeper and defence almost the same, some continuity will be maintained as they embark on the new campaign.

The additions of midfielders Edwin Valencia, Aldo Leão Ramirez, Mariano Vazquez as well as attackers Oscar Franco and Dayro Moreno will also bolster the options of the team who are one of only two Colombian clubs to ever win the competition.

While coach Reinaldo Rueda is temporarily unavailable after having hip surgery, the ambitions of the club for 2017 were clearly relayed by its president to the media when he made the official presentation of the team in January.

In 2017 we want to work on giving continuity to the project. The priorities are to win all competitions with the respect that is required. We want to seek national and international titles, which are so important.”

“Los Verdolagas” will open their campaign in Ecuador against Barcelona S.C. on Tuesday March 14.

Independiente Medellin begin their campaign in Group 3 on Wednesday March 15 against Argentina powerhouse and three-time champions River Plate before games against C.S. Emelec of Ecuador and Melgar of Peru.

Atletico Nacional’s bitter rivals have parted company with manager Leonel Alvarez who guided them to the 2016 Semester I Colombia League title, replacing him with Argentine Luis Zubeldia.

“El Poderoso” made the most of the transfer window, acquiring the service of former Colombia international star Juan Fernando Quintero from Porto, who at 24, could be the key to the ambitions of the six-time league winners.

Zubeldia, who’s team currently sit top of the domestic table, will rely on the experience of  Cristian Marrugo and Mauricio Molina in the midfield and Leonardo Castro in attack to drive his side in a competition in which they have traditionally failed to make a significant impact.

Medellin supporters will be hopeful of taking something from River Plate at the Atanasio Giradot stadium in the first game to set them up for clashes with Guayaquil’s Emelec and Melgar from Arequipa, the only team not to register a point in the competition last year.

The Colombian league has been improving over the past number of years, reflected in the competitiveness of its teams in international competition.

Given the balance of the groups, all three sides stand a decent chance of progressing to the second stage.

Santa Fe will need a good showing against The Strongest in both legs to put themselves in a position to qualify. They will be expected to collect full points against Sporting Cristal leaving the games against Brazilian giants Santos to determine their path in the competition.

Atletico Nacional will face tough group games from Estudiantes and Botofogo in particular, but with their experience from last year, they should be confident of prevailing leaving the other two to share the spoils of Group 1.

Medellin will look upon their group with enthusiasm and be confident that they can progress. The first game at home to River Plate will be decisive.

In terms of the overall competition, Atletico Nacional still represent Colombia’s best opportunity to compete at the business end of 2017’s Copa Libertadores.

However, with the departure of such quality from the squad following last year’s success, it is difficult to see them emulating the same feat as last year.

The teams from Argentina and Brazil of which there are 14 will be anxious to regain their stranglehold on the competition with 2016  being the first time in eight years a team outside the “big two” lifted the continent’s’ most coveted club prize.