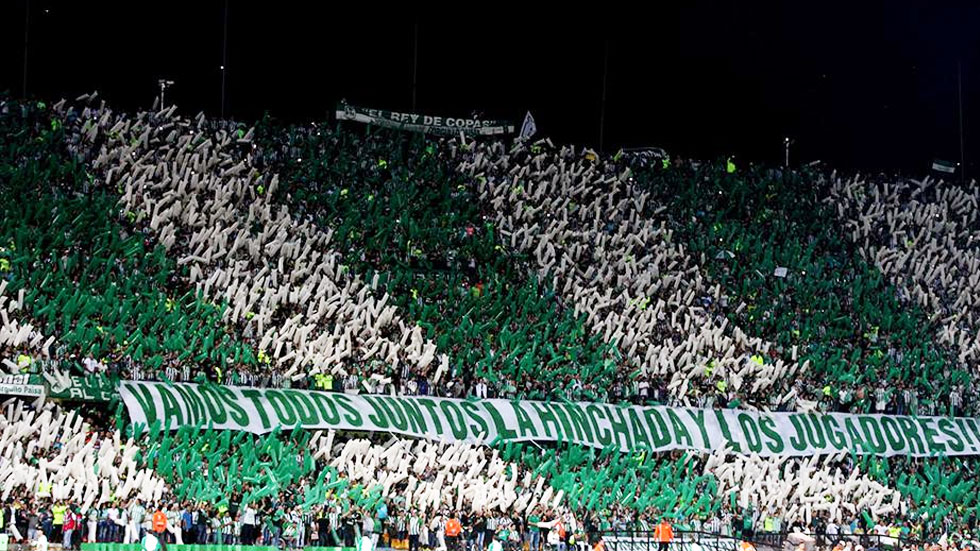 Colombia’s Atletico Nacional will aim to make history by becoming the first team from the country to win the prestigious Copa Libertadores twice, as they take on Independiente del Valle of Ecuador in the first-leg of the final on Wednesday.

The powerhouses of Colombia’s second biggest city Medellin, will hope to add to their 1989 triumph when a golden generation of footballers defeated Paraguay’s Olimpia to write Colombian club football into the annals for the first time.

The unlikely pairing of these two sides in the final of South America’s Champions League equivalent breaks the Argentina-Brazil stranglehold, being the first decider in 25 years without representation from either country.

Nacional have been tipped by many to add a second title to the club’s history having stormed through the group stages with five wins and a draw scoring 12 goals without conceding.

Reinaldo Rueda’s side then put two Argentinian sides to the sword defeating Huracan and Rosario Central to set up a semi-final with Brazilian kingpins Sao Paulo.

The 15-time Colombian League winners produced an impressive away performance to win 2-0 against the Brazilians in the first-leg courtesy of a brace of goals from new signing Miguel Borja.

The former Cortulua striker repeated the dose 7 days later in the Atanasio Giradot Stadium in Medellin to equal the record of Brazilian legend Pele for goals in a Copa Libertadores semi-final to send “Los Verdolagas” into their first decider since 1995.

Independiente del Valle however have been the fairy-tale story of the tournament with their place in the final marking a mesmeric rise from playing in the third division of the Ecuadorian league just a decade ago.

The Ecuadorians added to their giant-killing reputation round-by-round adding Chile’s Colo Colo and last year’s champions River Plate to a list of casualties before sending Mexican giants Pumas packing to set up a semi-final showdown with six-time champions Boca Juniors.

An impressive 2-1 win against Boca in Quito was followed up by an outstanding performance in one of South America’s most intimidating stadiums, La Bombonera a week later to record a 3-2 win on the night and secure a 5-3 aggregate win to qualify for their first final.

While Atletico Nacional will go into the game as favorites, the record of Independiente del Valle in this years competition will be a source of concern for their coach Reinaldo Rueda.

Rueda will be without defensive midfielder Alexander Mejia who is suspended for the first-leg with Diego Arias expected to deputize.

However with the experience of players like Franco Armani, Alexis Henriquez and Farid Diaz in defense and the emerging young stars such as Marlos Moreno and  Sebastian Perez in the midfield, the Medellin outfit will be confident of becoming the first Colombian team since Once Caldas in 2004 to lift the highly coveted trophy.

For some of the Nacional stars it will be their last outing for “Los Verdes” with big moves to European clubs beckoning, as they seek to silence the critics of the 1989 triumph who talk up the influence of then drug cartel king-pin Pablo Escobar.