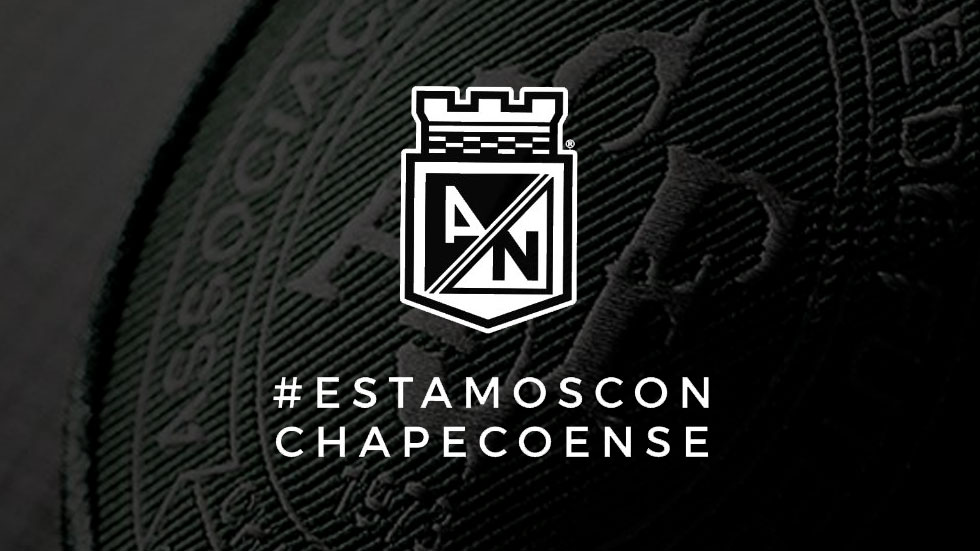 Colombia’s Atletico Nacional on Tuesday called on the South American soccer association to award the Copa Sudamericana championship to Brazil’s Chapecoense after almost all the squad was killed in a plane crash near Medellin.

Chapecoense were due to face off against Medellin’s Atletico Nacional on Wednesday in the first leg of the Copa Sudamericana final, South America’s Europa League equivalent, before their plane carrying a travelling party of “22 players, 28 companions and technical staff, 22 journalists and nine crew members” crashed on the outskirts of the city.

This has prompted Nacional to ask the governing body CONMEBOL to award the trophy to the Brazilian club as a mark of respect.

Atletico Nacional ask Conmebol to give the title of Copa Sudamericana be given to the Chapecoense as an honorary award for this great loss, and in posthumous homage to the victims of the fatal accident that impute our sport. For our part, and forever, Chapecoense are champions of the 2016 Copa Sudamericana.

The 2016 Copa Libertadores champions expressed their deep regret in the aftermath of the disaster stating that “pain overwhelms our hearts and invades our thinking in mourning. It has been unfortunate hours in which we have been dismayed by news that we never wanted to hear.”

“The accident of our brothers in soccer, Chapecoense, will mark us for life and will leave an indelible mark on Latin American and world soccer. All this has been completely unexpected, hence the pain. They were all players, technical staff, journalists and crew, people with many dreams, hence the tears.”

In the aftermath of the tragedy, CONMEBOL decided to postpone all games across South America until further notice with president Alejandro Dominguez travelling to Medellin on Tuesday.

The soccer body are yet to confirm if Nacional’s request will be granted but the players and staff of “Los Verdolagas” expect that the trophy will indeed be awarded to the tragically fated Brazilians.

The directors and players of Atletico Nacional have shown unanimity in what they wanted. Chapecoense will be crowned champions, if not tomorrow night when the winner would have been decided, then certainly in the next few days.

Should the trophy be granted to Chapecoense, it would be similar to what happened in Italy in 1949 when Torino was awarded the championship after their team, 31 people in total, were killed in an air disaster.

In a further mark of respect, Nacional have asked their fans to assemble on Wednesday, at the original hour of the game, at Medellin’s Atanasio Giradot stadium dressed in white to pay homage to the 75 victims of the tragedy.

Chapecoense had captured the hearts of soccer fans both in Brazil and across the continent with a mesmeric rise from the fourth division of their domestic league in 2009 to what became a fairy-tale run in the Copa Sudamericana in 2016.

Wednesday’s decider would have been their first international club final appearance since their formation in 1973.