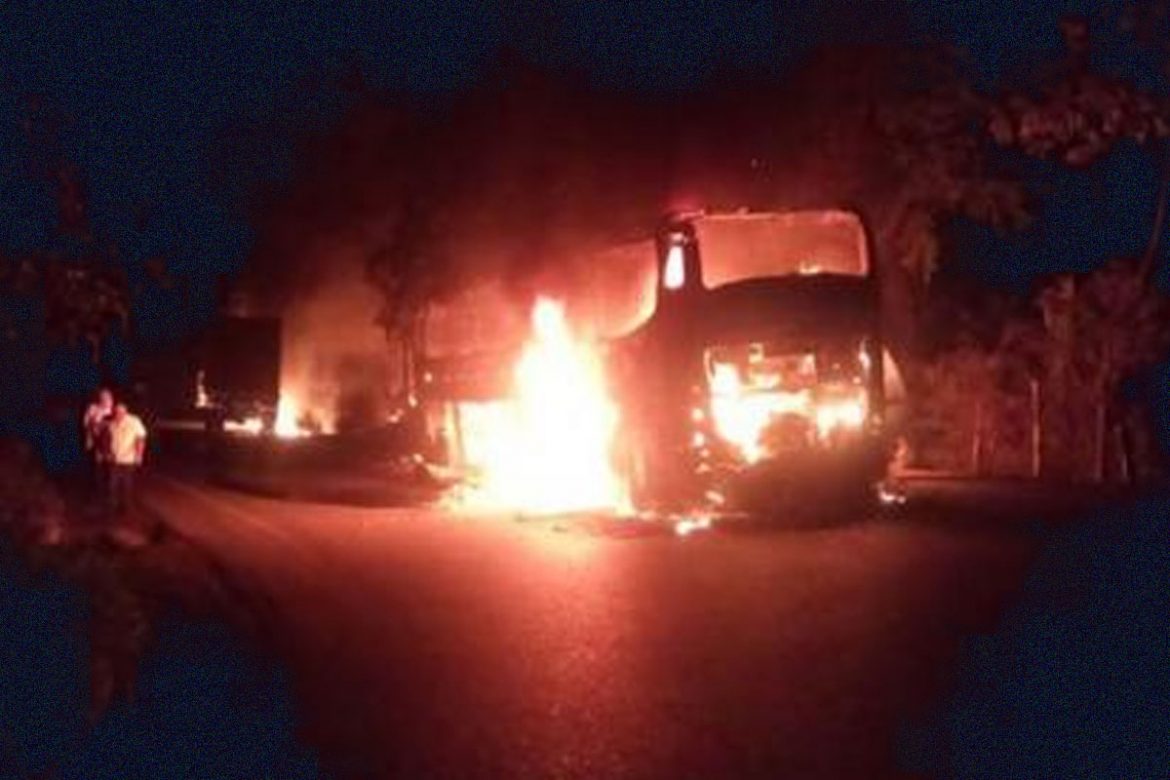 Terrorist attacks in Colombia almost doubled in 2020 compared to the year before, according to the country’s defense ministry.

In its monthly report, the defense ministry said it registered 403 acts of terrorism last year, a 93% increase compared to the 209 registered in 2019.

Definition: Law 599 of 2000 defines terrorism as the act of provoking or maintaining the population or part of it in a state of anxiety or terror through acts that endanger the life, physical integrity or freedom of people, or buildings, media, transport, the processing or transport of fluids and road infrastructure, using means capable of causing havoc.

A little more than one third of the acts of terrorism allegedly committed last year targeted infrastructure like oil pipelines, roads or bridges, which is similar to the year before.

Last year’s alleged terrorist attacks were the highest number since 2015 and more than three times as much as in 2017 when the former guerrilla group FARC demobilized and disarmed as part of an ongoing peace process.

The dramatic increase in acts of terrorism coincided with a 50% increase in massacres registered by the Defense Ministry.

This rise was particularly due to a spate in massacres registered after August and the highest number registered since 2012 when former President Juan Manuel Santos began peace talks with the FARC.

The 33 massacres registered by the Defense Minister last year are considerably less than the 43 killings of four or more people registered by independent conflict monitor Indepaz.

The legal definition of terrorism in Colombia includes the assassination of human rights defenders and community leaders.

Indepaz registered 300 assassinations of social leaders in 2020, the highest number since 2011.

The total number of people who were murdered in Colombia last year dropped 5% to a record low of 12,274, according to the defense ministry.

This drop is partly due to the coronavirus, but also because of an apparent concentration of armed conflict in historically violent regions in the countryside.