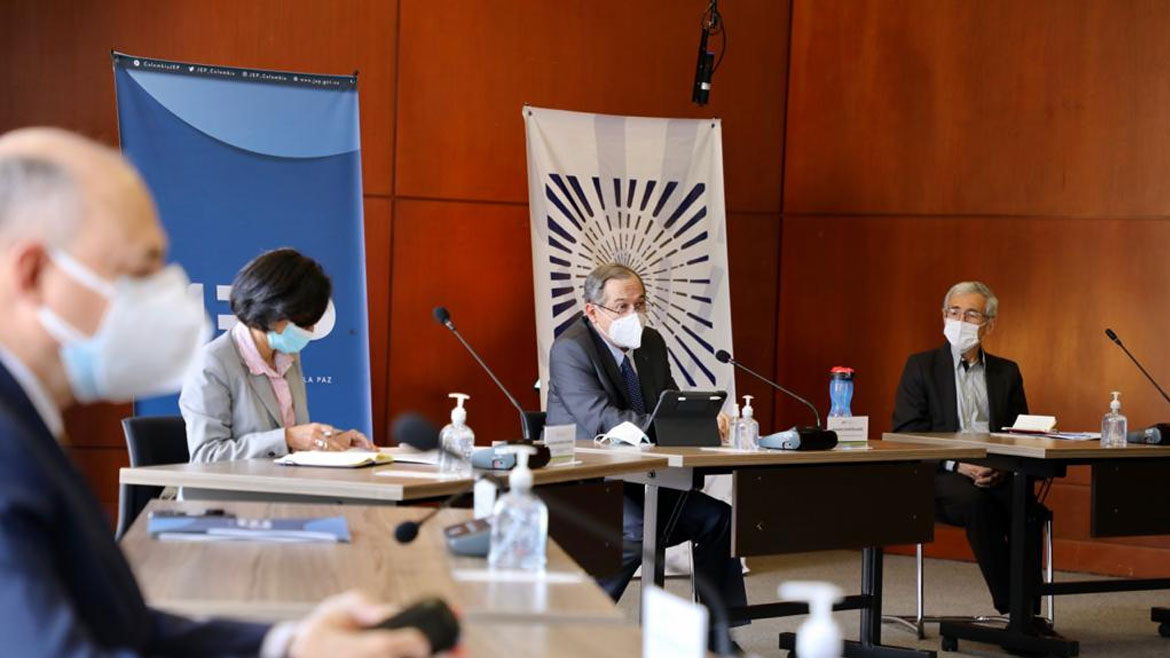 The chiefs of Colombia’s transitional justice system said Monday that the ongoing assassinations of former FARC fighters and community leaders is threatening their work.

In a joint statement, the presidents of war crimes tribunal JEP, the Truth Commission and the Special Unit for Missing Persons urged the Ombudsman to take action.

According to JEP President Eduardo Cifuentes, the assassinations of former guerrillas do not just end their cooperation with justice but “discourage the contributions to the truth” about the FARC’s war crimes.

Also in the case of human rights defenders and community leaders, the terror caused by the assassinations threatens to silence communities’ participation to the transitional justice system.

“Violence terrorizes. That’s the paralyzing message they seek to send with each assassination, ” the JEP’s chief magistrate said.

When the perpetrators of violence silence [rights] defenders and former FARC members, they not only hurt them and their families; they also deprive society of an irreplaceable fragment of truth and a source of reparation.

At least 276 demobilized guerrillas have been assassinated since the FARC signed a 2016 peace agreement with former President Juan Manuel Santos and December last year, the transitional justice system revealed.

More than nine out of 10 assassinated former FARC guerrillas were cooperating with the war crimes tribunal, according to the tribunal’s president.

Additionally, 900 social leaders have been assassinated during the same period, according to the transitional justice system, whose estimates are lower than those of most think tanks.

Almost half of the assassinated social leaders were actively involved with one of the transitional justice system’s bodies, according to Cifuentes.

The existential threat to transitional justice

The terror is threatening the core purpose of the JEP, the Truth Commission and the missing persons unit to effectively secure peace, said the war crimes tribunal’s president.

Without people who actively and openly support the transition, basically because they are afraid to join the Integral System, it is devoid of content and risks becoming a paper institution.

Cifuentes explicitly called on the Ombudsman’s Office to pressure State institutions that have been reluctant to implement the peace deal, and specifically the strategies designed to protect its participants.

“The question isn’t how to confront the current situation… It is when, rather, if tomorrow won’t be too late,” said the JEP president.

“It is evident that the efforts made so far are insufficient,” according to Cifuentes.

The speed of the agreement’s implementation is too slow and the country doesn’t support more delays.