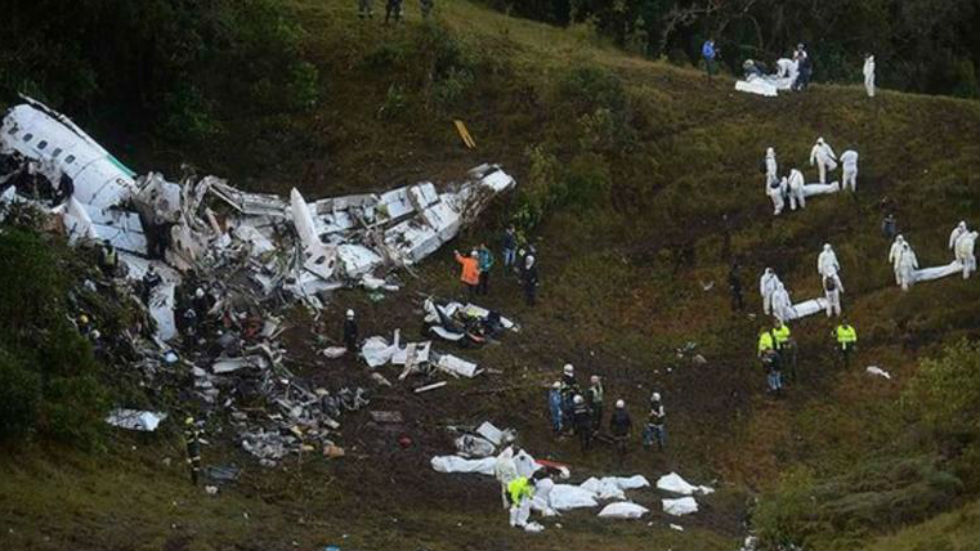 An investigation into last year’s tragic plane crash in Colombia’s second biggest city Medellin that killed most of the squad of Brazilian club team Chapecoense has yet to produce any result, reported El Tiempo newspaper on Tuesday.

Bolivian authorities have decided to extend the deadline for the investigation by another six months due to the “complexity of the case” that also involves investigative teams from Colombia and Brazil as they seek to establish the facts behind the tragedy that killed 71 people.

“We have a term of six months more that the judge has extended and according to the information that we are gathering, we will see the relevance or not of expanding the case against the people who are involved,” said District Attorney of Santa Cruz, Freddy Larrea.

Fuel shortage ‘most probable cause’ of Chapecoense plane crash in Colombia

Initial investigations from Colombian authorities indicated that a lack of fuel was “the most probable cause” for the crash but authorities from the three countries continue to look for answers as to why the LaMia plane did not land  safely in Colombia.

The airplane was reported to have been operating at the very limit of its fuel capacity, and should have refueled between Santa Cruz de la Sierra in Bolivia and Medellin.

So far, investigations in Bolivia have resulted in the arrest of the director of LaMia, Gustavo Vargas Gamboa, and the former air traffic supervisor of the Administration of Airports and Services to Air Navigation (Aasana) in Santa Cruz, Joons Miguel Teodovich.

The son of Vargas Gamboa, Gustavo Vargas Villegas has also been jailed.

As director of the National Aeronautical Registry of the Directorate General of Civil Aeronautics (DGAC), in 2014 he authorized the import and provisional registration of the airline’s plane.

Meanwhile, the search for LaMia’s director of operations, Marco Antonio Rocha and former Aasana worker Celia Castedo, who is believed to have fled to Brazil continues with authorities guaranteeing a fair trial should they return.

Castedo had apparently pointed out beforehand the obvious deficiency in the flight plan, though she says she had no power to prevent the plane from taking off.

The Bolivian Prosecutor’s Office is waiting for the International Civil Aviation Organization (ICAO) to send it the preliminary report on the causes of the accident, as well as the report with conclusions of the investigations that are being carried out in Colombia.

The report from Colombia Aeronautics is expected to be delivered within the coming weeks, reported El Tiempo.

In general, an investigation of this magnitude takes time, because a huge amount of information must be collected not only in Colombia, Bolivia and Brazil, but also in the flag countries of the aircraft, manufacturer of the aircraft and representatives of the airline. Once you have the information you proceed to assemble and unify the concepts to reach the root conclusions that gave rise to the accident. The times are in normal procedure according to current regulations, national and international.

Chapecoense –  A year of rebuilding

Tuesday marked the one year anniversary of the tragedy that saw the Brazilian club lose its entire coaching staff and 19 of its players, who were among 71 people killed when the plane crashed just moments before landing in Medellin’s Jose Maria Cordova airport.

The club was forced to take on the momentous task of replacing the staff and the majority of the squad that were killed on their way to last years’ Copa Sudamericana final against Atletico Nacional.

However, with appointment of  the experienced Vagner Mancini as coach, the process began and with an influx of new players, Chapecoense won a state championship and later competed in the Copa Libertadores, South America’s Champions League equivalent for the first time.

Despite two  further changes in management, Chapecoense maintained its status in Brazil’s topflight and will continue with the rebuilding process next season.

Soccer’s world governing body FIFA on Tuesday played tribute to the club releasing a video on its website and calling for a minutes silence to be held in all games on the 28th and 29th of November to mark the memory of the ill-fated team.