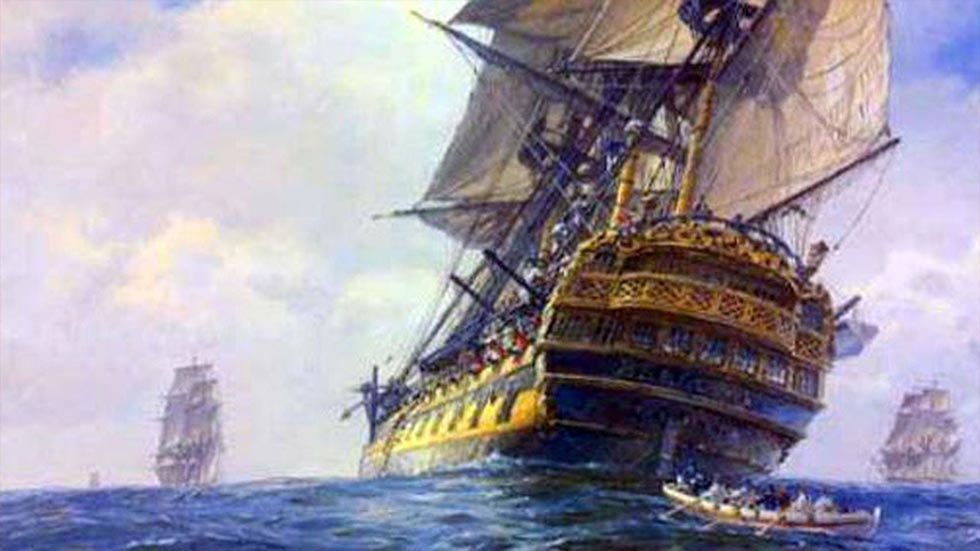 In order to avoid conflict with Colombia over who owns the $4 to $7 billion treasure inside the galleon San Jose, Spain proposed Monday to leave the treasure on the Caribbean seafloor where it has been for more than 300 years.

The galleon, sunk by a British war ship in 1708, was found in December off the coast of Cartagena, one of Colombia’s most popular tourist destinations.

However, after finding possibly the biggest treasure in history, three parties laid claim to it: Colombia, Spain and US investors who had financed the search.

In order to avoid an international legal battle between Spain and Colombia, Spanish Justice Minister Rafael Catala told Colombian newspaper El Tiempo the best idea would be to leave the ship and use parts of its treasure for a museum.

“We can say that the vessel is Spanish as according to international law a ship has the nationality of the flag it sails under when it sinks. Inside there are hundreds of Spaniards who died a the time of sinking, and because of that we think the best thing to do with a sunken ship is to respect the cultural heritage it represents and leave it where it is.”

Catala told El Tiempo that the proposal to leave the galleon and its multi-billion treasure is the formal Spanish proposal to avoid a legal confrontation before international courts.

“Let’s not have an economic debate about the currency inside the galleon, if they’re yours or mine, that I keep it because I saw it first,” Catala told El Tiempo.

Additionally, the Spanish minister proposed to settle the dispute before a bilateral commission of experts, rather than the International Court of Justice where international disputes on territorial and property issues are fought.

According to Catala, “I believe this is an issue in which we politicians can take a step back and leave that historians, heritage experts and experts on issues like this sit down at the table, and that they tell us” what to do with the treasure.

Spain’s claim on the treasure is highly sensitive because of the country’s colonial history in the Americas. After Christopher Columbus’ discovery of the continent in 1492, the European country killed many thousands natives, exterminating entire peoples while looting the natives’ treasures.