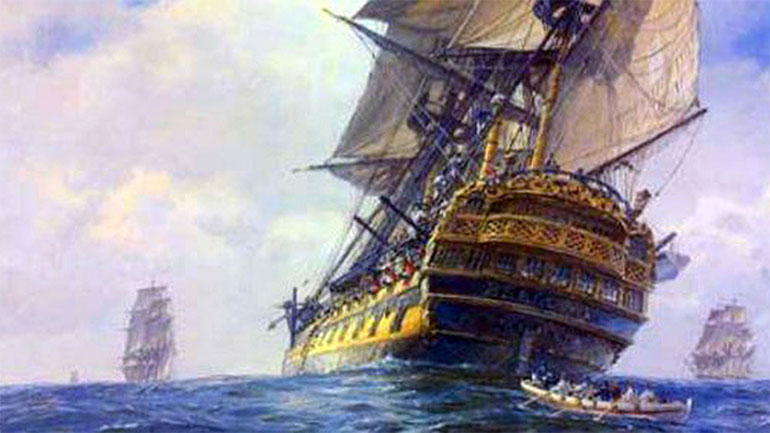 Colombia president Juan Manuel Santos said Friday that searchers have found the wreck of a Spanish galleon that was sunk more than 300 years ago while carrying a big cargo of gold and precious stones.

A Twitter message from President Juan Manuel Santos said more details about the discovery will be released Saturday. In his tweet, he says: “Great news: We found the galleon San Jose.”

The ship was sunk in an attack by the British in 1708 and has been submerged off the coast of tourism hot spot Cartagena in what is now Colombia near the Rosario Islands. It is believed to have been carrying 11 million gold coins, jewels and 600 people.

The ship, commanded by Admiral Jose Fernandez de Santillan was one of three ships that was on its way to Spain with riches obtained in the Nueva Granada colony, now Colombia.

However, just after having left the port of Cartagena, the ship was intercepted by “The Expedition,” a British ship that opened fire at the galleon, sinking it to its underwater resting place.