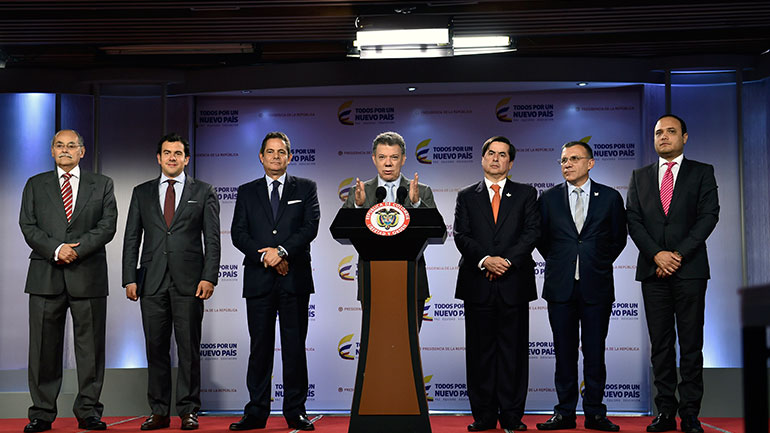 Santos orders military to step up attacks on ELN

The attack, carried out by alleged ELN members in the central-northeast Boyaca province, killed 11 soldiers and one soldier who had reportedly picked up voting ballots from a remotely-living indigenous tribe.

The deadly ambush took place as the rebels are negotiating with the government about the formalization of peace talks.

“The ELN has not understood that this is a time for peace, not for war. If the ELN believes that actions like this is going to help them win political space or strengthen ahead of an eventual [formalized] negotiation, it is completely wrong,” said Santos.

To prove this, Santos “ordered the Defense Ministry and the security forces to redouble efforts and intensify their military actions against this organization.”

The president urged Colombians to maintain hopeful about prospects of peace in spite of military setbacks.

“The death of these members of the security forces should inspire us to continue looking for peace,” said Santos.

The president has been holding formal peace talks with the FARC. the largest of rebel groups, since November 2012.

Talks with the ELN were announced in June last year, five days before Santos’ reelection, but have yet to be formalized.

Both groups have independently and jointly been fighting the state since their foundation in 1964.

The armed conflict has killed more than 265,000 Colombians and has left more than 6 million displaced.