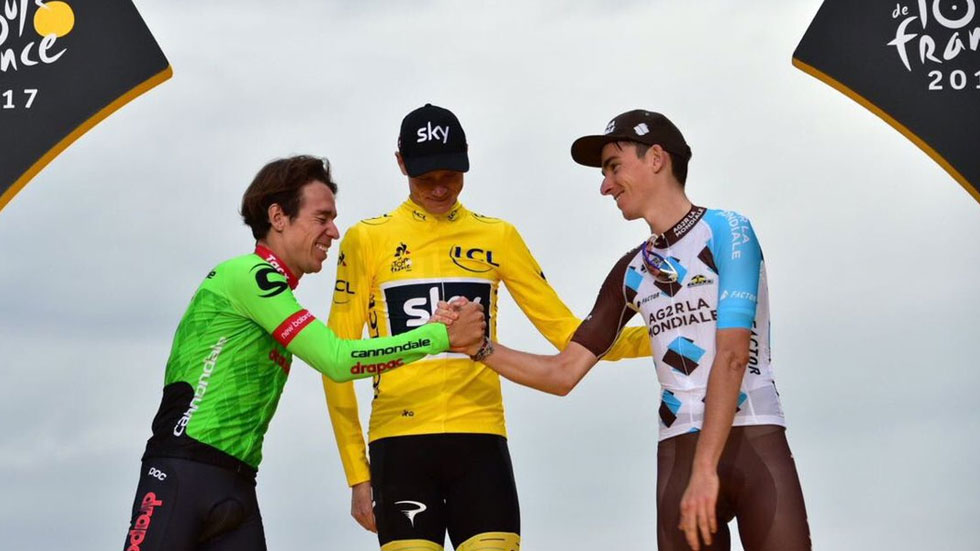 Not Nairo Quintana as many had anticipated before the world’s most prestigious cycling race, but Rigoberto Uran became Colombia’s star at the Tour de France.

Uran on Sunday finished the Tour de France second, behind British rider Chris Froome, allowing him to become the third Colombian in history to climb the podium in Paris.

While Nairoman — who had been projected as one of the favorites to win the tour — couldn’t find the form he needed to win his biggest victory yet, Uran took over to expand Colombia’s growing reputation as one of the world’s best cycling countries.

The rider ultimately finished 12th, more than 15 minutes behind Britain’s king of cycling.

Uran, however, outperformed all previous expectations, and finished only 54 seconds after the Brit at the end of more than 86 hours of cycling.

The cyclist from Urrao, a town 40 miles west of Medellin, did not just shine on the road, but again delighted Colombia and the world with his irreverent approach to almost everything, and his distinct and often profane “paisa” slang.

Uran has been using his Twitter account not just to talk about cycling, but also about bad hair days, re-establishing himself one of Colombia’s main folk heroes.

“Rigo’s” best-ever performance in Le Tour and his sometimes hilarious puns did not go unnoticed in Colombia, where soccer may be the national sport, but cycling is a close second as the country’s Andes mountains have become the natural habitat for humans with an extraordinary cycling talent.

Uran’s emergence of one his country’s best riders has been a very long climb.

After his father was killed by paramilitary forces in 1991, the 14-year-old took over the family business selling lottery tickets to provide for his family.

Two years later, his cycling talent was discovered by provincial cycling team “Orgullo Paisa” that allowed him to become a professional cyclist.

Since then, the humble cyclist has done nothing but bring pride and an occasional laughing fit to his country because of his tremendous resilience as cyclist and uncensored sense of humor.