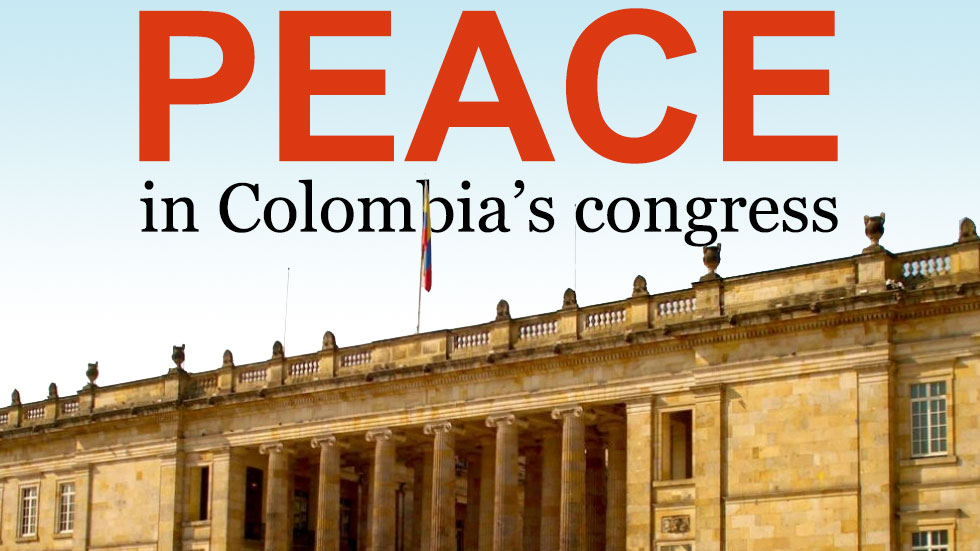 Colombia’s peace process is facing another major obstacle after more than a quarter of the senate claimed to be impeded to vote as family members were either victims or victimizers in the armed conflict.

This became clear on Tuesday when the Senate was supposed to approve the war crimes tribunal, called JEP, that has been stuck in Congress for weeks.

Of the 102 senators, 27 said they were impeded to vote because it would have legal consequences for their family members either because they are victims of the FARC or implicated in war crimes.

The bill that seeks the ratification of a war crimes tribunal has openly been opposed by the hard-right Democratic Center party and the center-right Radical Change party.

The latter left the government coalition last month after withdrawing its support for peace process legislation that also include an electoral reform.

But support is also weak within the coalition supporting President Juan Manuel Santos where many have been linked to war crimes, either as a victim or a victimizer.

Ultimately, only 47 senators showed up to vote on the first impediment. At least 51 votes are necessary for an approval to be valid.

The name of this absenteeism is indolence. Either it does not hurt them or they do not understand what is at stake. The agreements can not be violated because the country can be set on fire. The legal security of peace depends on the JEP being voted on.

According to Senator Roy Barreras, Peace Commissioner Rodrigo Rivera “has not set foot in this building to defend the JEP.”

“If the government does not exercise leadership, they will have to move the JEP forward through a national emergency,” U Party Senator Armando Benedetti said.

President Juan Manuel Santos has already extended the period in which Congress “fast-track” peace legislation to November 30. After failures to approve other legislation the president ratifief dozens of bills by a temporary post-conflict decree.