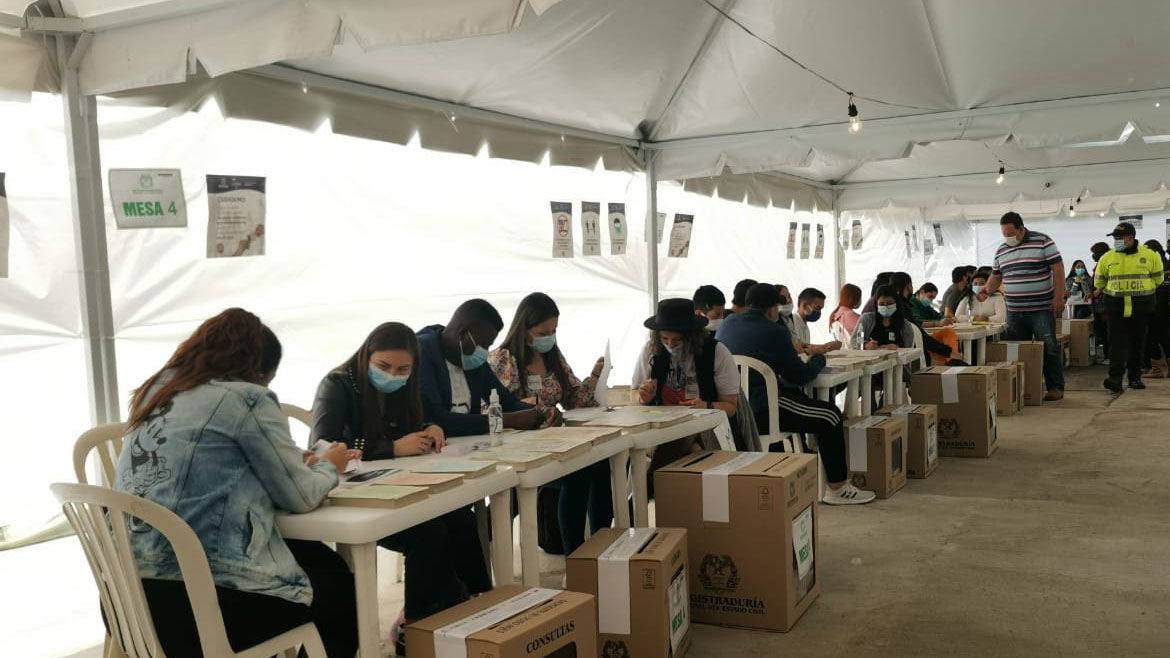 Public confidence in Colombia’s electoral process collapsed due to “an accumulation of errors,” according to election observers.

The crisis followed congressional elections of which the results are still being disputed by political parties.

The revision showed on Friday that hundreds of thousands of votes for opposition party “Historic Pact” had been left out of the initial results of the Senate election.

The National Registry would need another two weeks to count the votes for the House of Representatives, Electoral Observation Mission (MOE) director Alejandro Barrios said Sunday.

In an interview with television network Caracol, Barrios blamed the electoral credibility crisis on “an accumulation of errors.”

The accumulation of errors

Barrios suggested that people stopped believing in the outcome of the congressional elections and lost faith in the fairness of presidential elections that are held in May.

The most difficult thing is to recover the trust in electoral authorities as guarantors of a transparent election process that is technically well executed.

The MOE will present a roadmap to restore public confidence in elections during a meeting of the “Electoral Guarantees Table” on Tuesday.

Duque called on electoral authorities and political leaders to join this working group in an attempt to resolve the crisis.

This roadmap would have to make sure that the results of the congressional elections and the conditions of the presidential vote are credible, said Barrios.