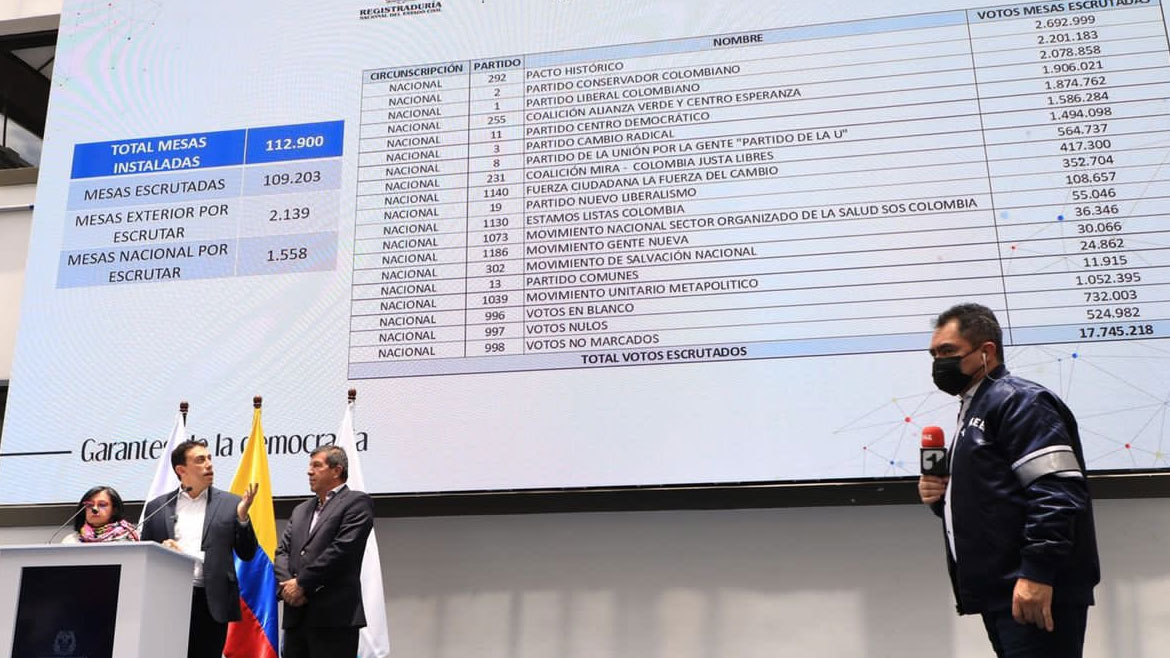 The revision followed the scrutiny of Senate election results that were initially announced on Sunday.

The “Historic Pact,” the opposition party of progressive Senator Gustavo Petro, had urged for an intense scrutiny of votes.

The progressives will have 19 seats in the Senate in the coming legislative period, according to the National Registry.

The Historic Pact was granted only 16 seats after the preliminary vote count.

Votes appear and disappear in scrutiny

The scrutiny of 97% of the ballot boxes resulted in 390,000 votes for the progressives that had been left out of the preliminary count.

The scrutiny revealed that the number of votes of almost all parties had been inflated in the preliminary results.

The Conservatives Party and the “Center Hope Coalition” also surrendered a seat to the progressives.

Independent observers said that the low number of Historic Pact votes was largely due to “design flaw” on the Senate ballot.

The results of the scrutiny of the House of Representatives election are expected in the coming days.

The scrutiny failed to clear doubts about the election results and the competence of National Registrar Alexander Vega.

Parties that failed to reach the threshold in the elections continued to call on supporters to revise the election results, which would allow them to demand a recount.

Elected lawmakers of the Green Alliance party reiterated they expected the resignation of Vega and the appointment of an ad hoc registrar ahead of the presidential election in May.

Also the Democratic Center has called Vega’s management of the elections an ” embarrassment.”