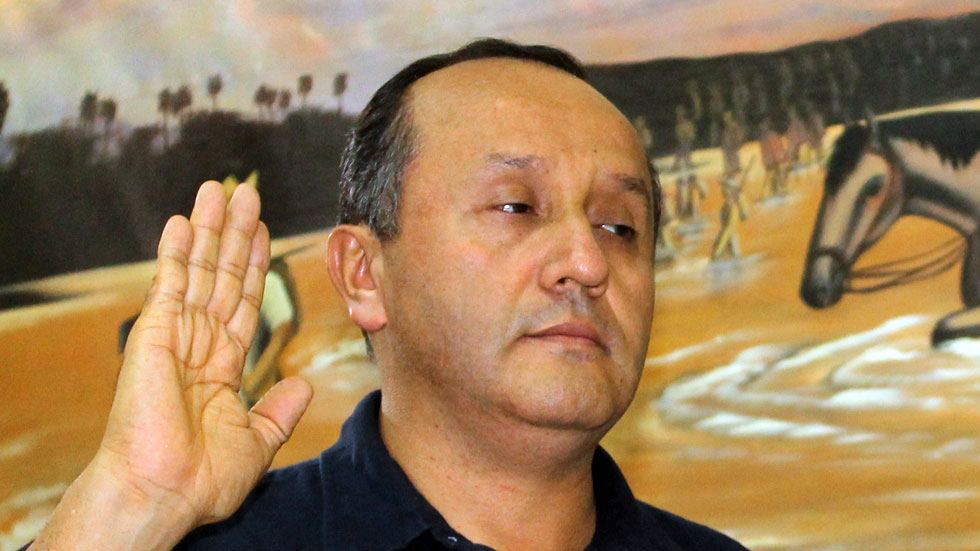 The former security chief of Colombia’s congress has been charged with pimping out police cadets to top police officials and congressmen, the country’s prosecution said Thursday.

Colonel Jerson Jair Castellanos, who is also accused of personally drugging and raping one of the key witnesses in the “Community of the Ring” case, is the first police officer to go to court over the scandal.

Former National Police director General Rodolfo Palomino is also investigated, but for intimidating and spying on journalists who were investigating the institution’s most embarrassing scandal in years.

Santos either wrong or lying

In an attempt to protect the already marred image of the National Police, President Juan Manuel Santos initially called the existence of the prostitution “gossip.”

But the president was wrong or lying.

According to the Prosecutor General’s Office, there is enough evidence to prove the former congressional security chief did pimp out multiple police cadets from the General Francisco de Paula Santander Police Academy in Bogota.

According to the prosecution statement, Castellanos “used his power as police colonel and chief of security of Congress, [and] went to the police academy in search for cadets.”

“He was the one recruiting cadets to meet with officials in exchange for payments,” the prosecution said in a statement.

According to newspaper El Tiempo, the prostitution ring was active in 2005 and 2006 and initially denounced that year.

In spite of the rape and prostitution accusations, Castellanos was named interim governor of the Casanare province in 2013 by now-Inspector General Fernando Castillo after the suspension of interim governor Julieta Gomez.

‘Hundreds’ pimped out to congressmen and top police officials

The key witness in the case, Captain Anyelo Palacios, has testified Castellanos recruited cadets to service the sexual appetites of certain high ranking officials and members of congress.

In addition to payments, Castellanos allegedly used promises of promotions and career favors as another means to manipulate the cadets into offering sexual favor to Colombia’s top lawmakers and security officials.

According to the allegations brought forward by Palacios and at least five other witnesses, some 300 cadets had taken part in the prostitution ring that was run from Colombia’s largest police academy.

Another part of the complicated story involves the death of a 21-year-old cadet Lina Maria Zapata. Hours before a graduation ceremony, Zapata was found dead inside the General Santander School on January 26, 2006.

The police said the cadet shot herself, and although the investigation by the Prosecutor General’s office ruled their was no evidence of suicide, the case was filed.

Zapata’s family, however, has claimed she was murdered to prevent her from releasing information she had obtained relating to the existence of the Community of the Ring.

In 2014, the family’s lawyer succeeded in pushing the Prosecutor General’s office to reopen her case and in February 2016, her body was exhumed and reexamined for evidence.

The prosecution did not charge Castellano for this alleged homicide, meaning other officials could be implicated in the scandal, but for charges more serious than pimping.