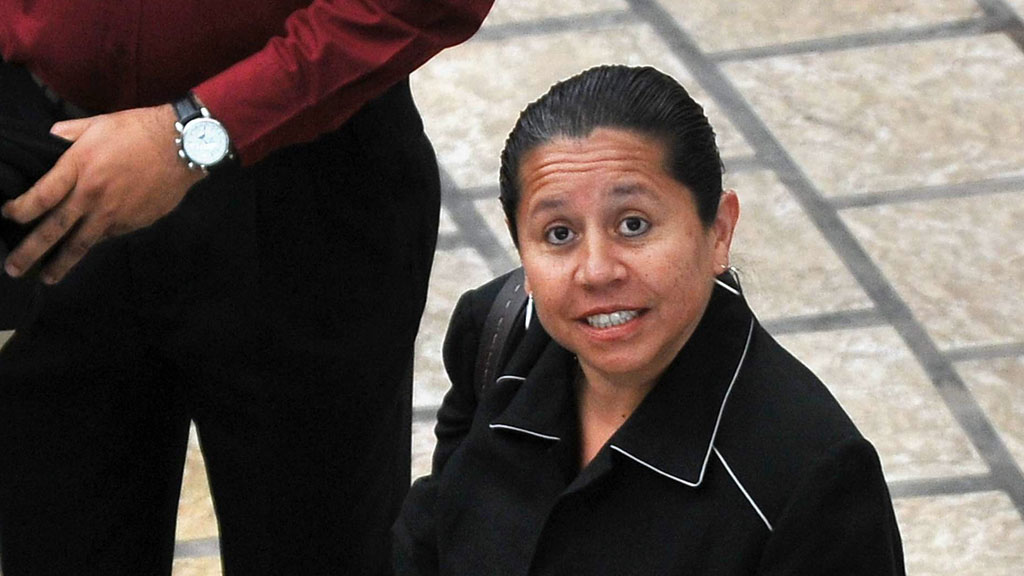 The former director of Colombia’s now-defunct spy agency DAS has been told by the prosecutor that she could receive benefits if she helps prosecutors determine whether four suspects can be implicated in the scandal.

Specifically, the cases refer to Edmundo del Castillo, Legal Secretary of the Presidency during the second period of Alvaro Uribe, the Senator Jose Obdulio Gaviria, the former head of communications Cesar Mauricio Velasquez and Jorge Mario Eastman, the former vice Minister under Juan Manuel Santos who was defense minister before resigning to successfully aim for the presidency.

Gaviria, one of Uribe’s most loyal aides, has been suspected of involvement for years, but none of the suspicions have previously led to a formal investigation.

Deputy Prosecutor General Jorge Perdomo said that the investigation, which is based on records between 2007 and 2008, “was able to establish the possible participation of Jose Obdulio Gaviria.”

If the Prosecutor General is able to make a deal in exchange for information about the former president’s involvement, it could lead to serious charges and put all four suspects’ political careers in jeopardy.

She had fled Colombia to avoid facing a series of criminal charges related to her alleged role in illegal spying practices carried out by her office.

Montealegre invited the former head of the DAS to “collaborate with justice” at a press conference on Saturday and said that “there is still opportunity to initiate collaborative mechanisms.”

However, according to Hurtado’s lawyer, Jaime Camacho, “there exists no judicial possibility to negotiate at the moment. The trial has ended.”

While lower-ranked former DAS officials have indicated that the illegally obtained information on anyone who “interrupted the governance of Uribe” was meant for the former president, Hurtado has so far stayed silent on the question of whether other actors should be directly implicated.