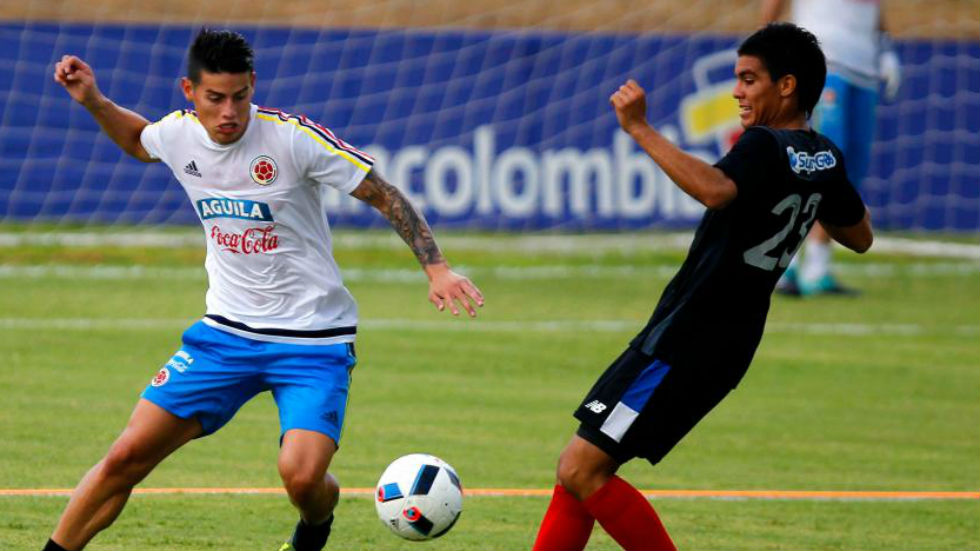 Colombia’s national soccer team will play host to five-time World Cup winners Brazil on Tuesday in a game that is likely to define it’s qualifying campaign for Russia 2018.

In the aftermath of a disappointing 0-0 draw with neighbors Venezuela last week, Jose Pekerman’s side lie in second place in the CONMEBOL South American section of qualifying with three games remaining and only five points separating them from Ecuador in eight position.

One of the crucial factors in determining the outcome of this game will be the starting XI that Colombia coach Pekerman opts for.

The Argentine has already used in excess of 40 players over the course of the 15 rounds of the qualifying campaign so far and has struggled to find a balance that fits the multitude of options at his disposal.

An impressive 2-0 win away to Ecuador in March led many to believe that he had finally found his best starting XI but the veteran coach has continued to experiment.

Colombia will be bolstered by the likely return of captain and talisman James Rodriguez after the Bayern Munich star missed the Venezuela game through injury but it remains to be seen who will accompany him in the midfield.

Pekerman opted for Yimmi Chara to replace James for the game against Venezuela with the Junior Barranquilla posing a significant attacking threat but club team mate Teofilo Gutierrez and China-based Giovanni Moreno are likely to be considered to join James, Cuadrado and Falcao in the attacking positions against the Brazilians.

The return of the captain will give the Colombians a little more cutting edge in the final third as they seek to halt the mighty Brazil, a task that veteran striker Radamel Falcao feels his team is equal to.

“It has attracted attention because Brazil is a historically strong team, it has consolidated its position and is the strongest in South America right now. And we have many reasons to be highly motivated, we are at home, we can depend on ourselves, we have a great opportunity against Brazil, and if we achieve the goal we will be closer to Russia,” said Falcao to reporters.

Brazil coach Tite is certain to make changes to his team who have nine successive wins under their belt and already qualified for Russia 2018.

With Marcelo suspended and Miranda injured, Filipe Luis and Thiago Silva will come in at left-back and center-back respectively for a side that has only conceded one goal and scored 21 in it’s last seven matches.

Tite’s team trained on Sunday with the coach perhaps giving a glimpse of his intentions by placing Manchester City midfielder Fernandinho ahead of Casemiro and Liverpool’s Roberto Firmino in for Gabriel Jesus, reported Goal.com

Tuesday’s clash at the Metropolitano Roberto Melendez stadium represents a massive opportunity for Colombia to consolidate second place in the group before games against Paraguay and Peru.

While “Los Cafeteros” may have been disappointed not to secure all three points in Venezuela last week, Pekerman will be satisfied that they created a number of opportunities in front of goal.

With Brazil already qualified, it may be the perfect opportunity to host the “Selecao,” a side that Colombia has never beaten  in a World Cup qualifier.

Whatever line up Pekerman goes with, he will be hoping that his side is more clinical in front of goal and with the attacking potential of James, Cuadrado and Falcao, they should certainly ask serious questions of an altered Brazil defense.

The top four teams in the group will qualify with the fifth facing a play-off to secure a place at Russia 2018.