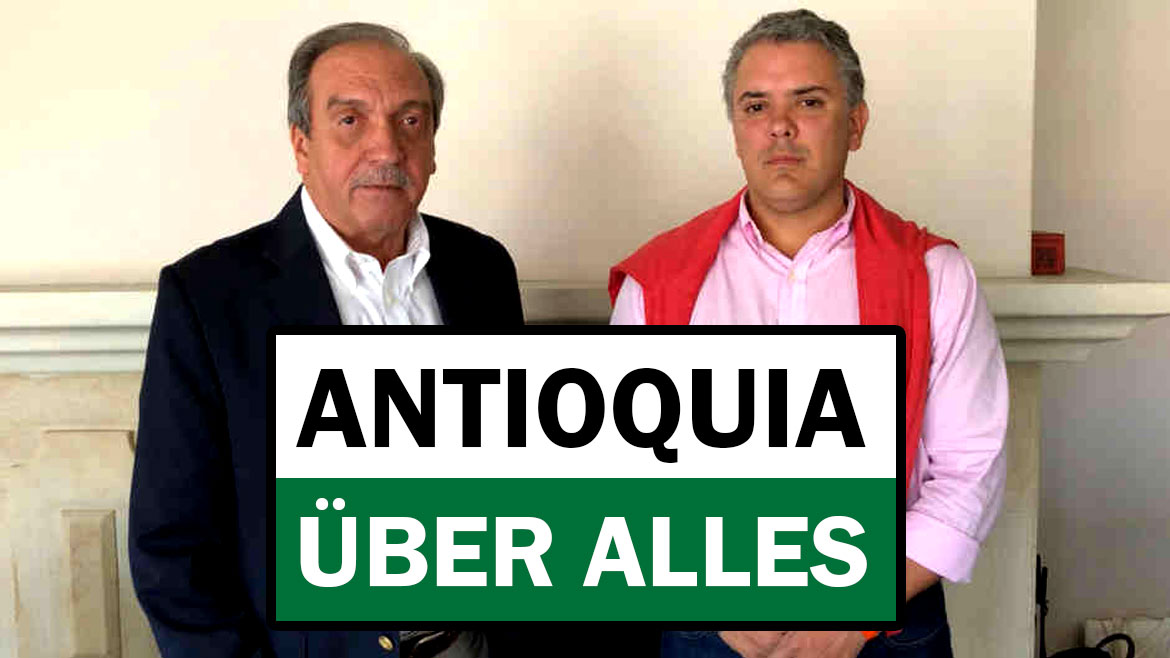 Colombia’s Supreme Court convicted one of the political patrons of President Ivan Duque for his ties to drug traffickers and designated terrorists.

According to the court, now-defunct paramilitary organization AUC financed election campaigns of conservative power mogul Luis Alfredo Ramos in 2001 and 2007.

In return, Ramos helped drug traffickers and AUC chiefs on a US list of international terrorists to evade justice and American extradition requests.

According to extradited members of the Medellin mafia and paramilitary commanders, Ramos received campaign funding from drug traffickers from his native Antioquia province since 1998.

The end of a 40-year career

The Supreme Court sentenced Duque’s debate chief in the 2018 elections race and one of the president’s political patrons to almost eight years in prison.

For the same period, Ramos is barred from holding any kind of public office, effectively ending the 73-year-old politician’s 40-year political career.

While in prison, Ramos will be facing another investigation into his alleged bribery of former Supreme Court judges to delay criminal investigations.

The so-called “Toga Cartel” was discovered by the United States’ Drug Enforcement Administration in 2017, however, after which the fate of Duque’s political patron was pretty much sealed.

Not even the 2018 assassination of one the key witnesses against Ramos was enough to prevent the incarceration of one of the president’s most controversial political patrons.

Family clan not yet dismantled

Despite the conviction of Ramos and a criminal investigation against his son Esteban, the Ramos Clan continues to have political influence, particularly in Medellin.

The Ramos clan can also continue to count on the support of former President Alvaro Uribe, another alleged mafia politician from Medellin, and his far-right Democratic Center party.

Uribe is currently investigating for allegedly trying to bribe his way way out of an investigation into the former president’s alleged ties to the Bloque Metro paramilitary group.

This group, which supported Uribe’s 2002 presidential campaign, is believed to have killed more than 4,000 people in Antioquia.