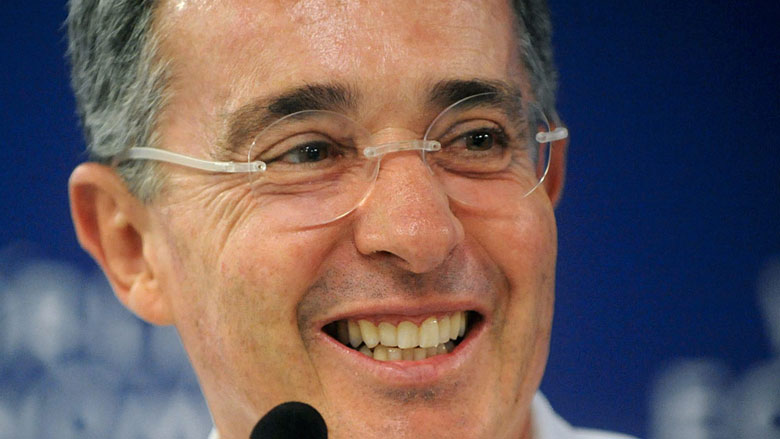 Just days after a terrorist attack that killed three in the capital Bogota, former President Alvaro Uribe added fuel to the fire by saying he would alter a signed peace deal with FARC guerrillas if his party wins next year’s elections.

On Tuesday, the day the FARC would begin its final round of disarmament, Uribe announced that if his party, the Democratic Center, wins next year’s congressional election.

Until Uribe, all Colombia’s political parties had maintained prudence in order not to further agitate society or the guerrillas after a terrorist attack killed three in Bogota on Saturday in an apparent attempt to derail attempts to end more than half a decade of war and political violence.

The former president, who proclaimed himself “a political agitator with democratic values,” said that if his party wins next years elections “the deals will not be eliminated, they will be modified.”

Whether Uribe’s claimed changing of the agreements is legally possible is unclear as the State is bound to keep its commitment to the peace process that is overseen by the United Nations and guaranteed by multiple foreign countries.

Uribe, accused of responsibility in a series of human rights violation and war crimes, has strongly resisted the peace process and the preceding talks.

The FARC did not immediately respond to Uribe’s attempt to bank in on the social tensions in his home country that hadn’t seen a high-impact bombing in Bogota since 2012, the year peace talks with the country’s oldest guerrilla group began.

Uribe is unable to run for president himself and has yet to appoint a candidate after his initial prodigy, former Finance Minister Oscar Ivan Zuluaga, withdrew his candidacy amid bribery allegations.

The former president’s party is investigated for a number of election fraud charges, including the spreading of illegally obtained classified information and admitted attempts to sink the FARC peace deal spreading disinformation in a referendum last year.

It is uncertain whether Uribe will be able to actively take part in the election cycle as a transitional justice court is currently being set up to investigate war crimes committed during the conflict, in particular the mass killings of civilians by the military while Uribe was commander-in-chief between 2002 and 2010.