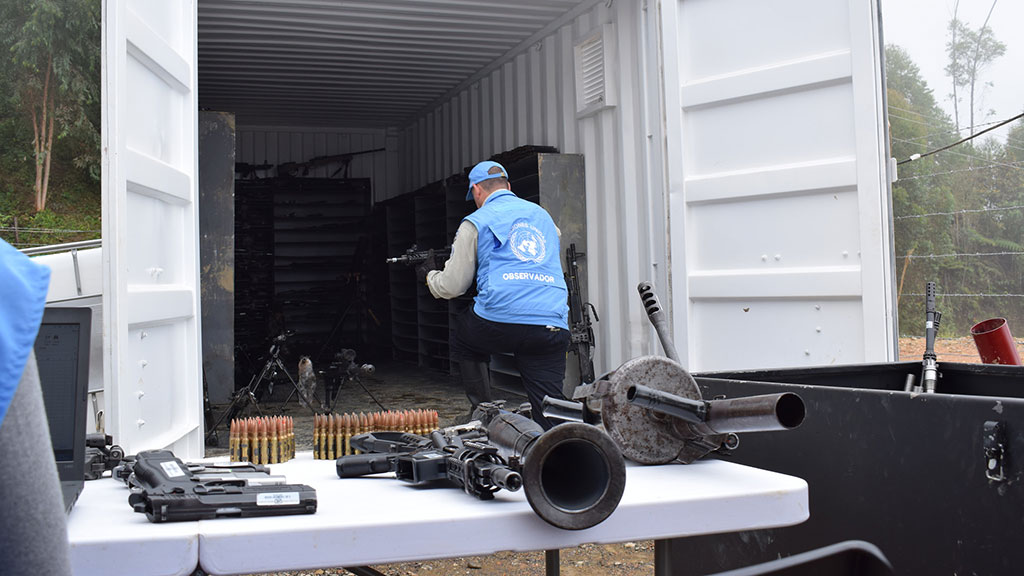 The Marxist rebel group was supposed to have delivered these 60% on Tuesday, but had failed to do so, the international organization overseeing the country’s ongoing peace process said Wednesday.

UN confirms having 40% of FARC guerrillas’ weapons, 20% less than planned

In its latest press release, the UN Mission said that this second of three phases was completed on Friday. This means that the international observers have approximately 4,200 arms of the approximately 7,000 registered guerrillas in stored in enforced containers. 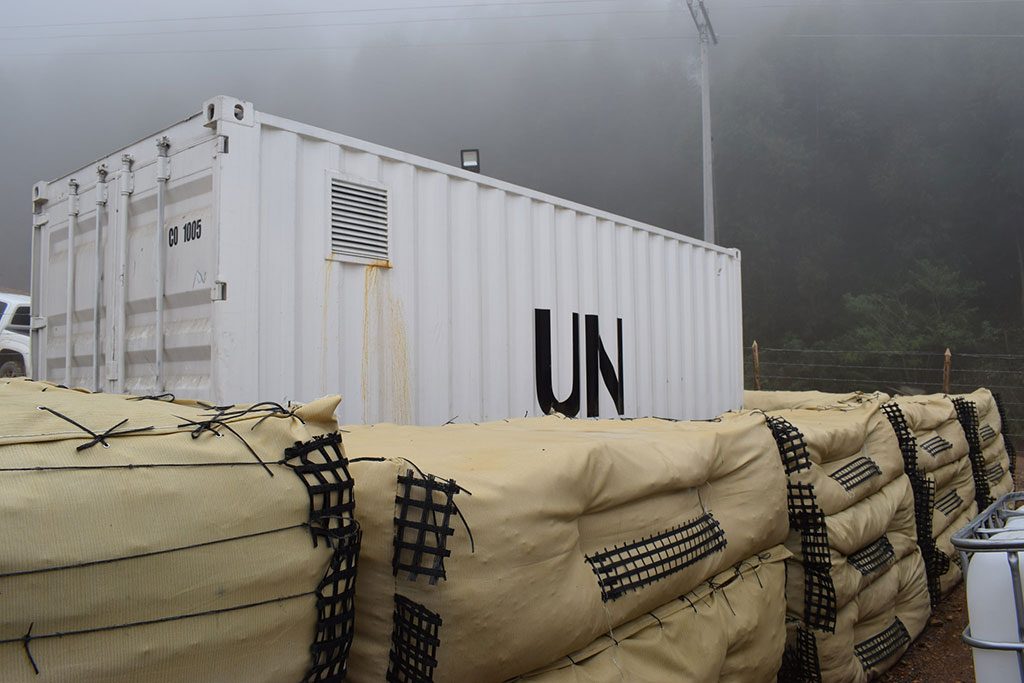 The international monitors said to “encourage the parties” to stick to the timeline in which the FARC, the government and the UN had agreed the FARC would be fully disarmed by Tuesday.

Whether this is going to actually happen is uncertain.

FARC leader Rodrigo Londoño, also known as “Timchenko,” said earlier Friday his organization would meet the deadline, but he had said the same about the deadline missed by the guerrillas.

According to newspaper El Espectador, the formal end of the disarmament process will take place on June 27 and will be attended by both President Santos and FARC leader Timochenko.

By then, all guerrillas and the militia members that have supported the FARC’s guerrilla from will have received the certificate of having formally demobilized, disarmed and are ready to reintegrate.

The UN said that 1,613 militia members had reported themselves at one of the 26 demobilization, disarmament and reintegration camps that have been set up throughout Colombia.

This is more than the 1,541 the UN said to have registered on Wednesday, when only 1,180 had allegedly reported themselves.

Additionally, the UN said that field operations to either detonate or retrieve some 900 FARC weapons caches hidden in the country’s jungles and mountains are ongoing.

Once, disarmed, the FARC will become a legitimate political movement and ultimately a political party.

The government has committed to embark on major rural and political reforms, while an independent transitional justice court will be put in place to seek justice for the more than 8 million victims left by the war