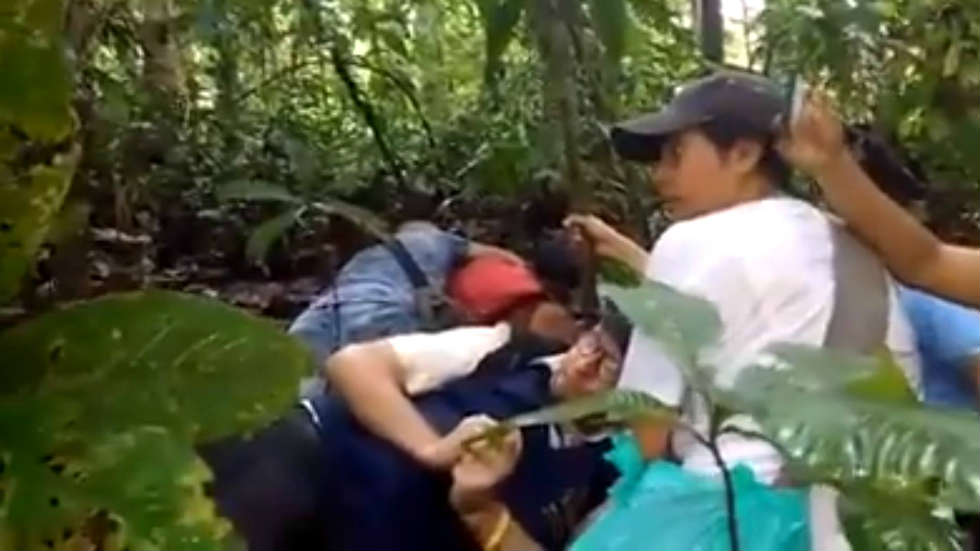 Colombia’s police on Sunday opened fire and used teargas against international observers investigating a massacre allegedly carried out by an anti-narcotics unit a few days earlier.

The commission existing of Colombian and international officials, journalists and members of non-governmental organizations came under fire after traveling to the municipality of Tumaco in Nariño to investigate possibly one of the deadliest massacres in 15 years.

At least six and possibly as many as 15 civilians were killed on Thursday when an anti-narcotics police unit allegedly opened fire on protesting coca farmers.

Organizations that took part in the mission

The ombudsman’s office had undertaken the mission to verify claims that police would have massacred as many as 15 unarmed protesters on Thursday.

According to local media, one member of the humanitarian commission trying to investigate the massacre was injured in the shooting.

According to weekly Semana, whose journalist witnessed the shooting, the policemen had ordered the group to “go away” after which the observers informed the police they were authorized to travel through the coca-rich region.

Immediately after, the policemen threw teargas and shot stun guns. Members of the commission fled into the forest after which they seemingly continued to be shot at, also by regular rifles, in spite of regularly identifying themselves as civilians.

The aggression targeting officials and civilians has further embarrassed the National Police that has sustained Thursday’s massacre was initiated by dissident FARC guerrillas.

These claims were immediately denied by locals and human rights organizations that claimed members of an anti-narcotics unit opened fire at protesting coca farmers.

The UN and government officials who were shot at were wearing clothing that made them easily recognizable.

Vice-President Oscar Naranjo confirmed the policemen acted outside the law.

The police’s anti-narcotics director Jose Angel Mendoza said that “of course the Police regrets this type of situation. We apologize to the commission members.”

Mendoza denied the policemen had used deadly force, which was rejected by the journalists who published videos of the shooting.