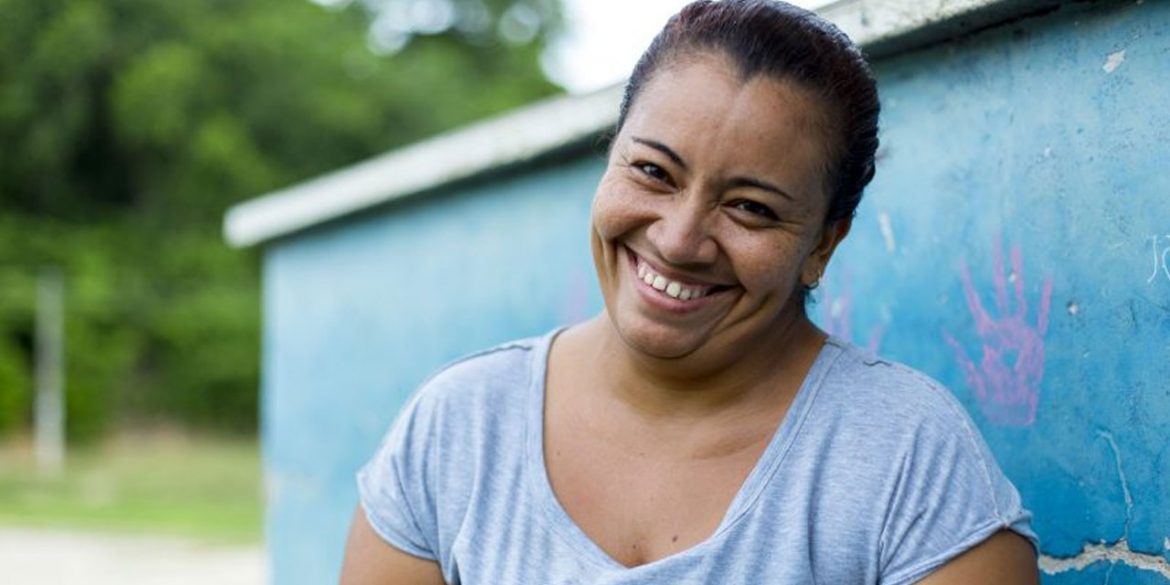 One of Colombia’s most prominent victim representatives has been told that the next child who will be crying over his mother’s dead body will be hers.

Yirley Velasco, who survived the 2000 Massacre of El Salado, on Saturday received her latest death threat in a white envelop tied with a black ribbon that was signed by the AUC, the paramilitary organization whose members raped her.

When I was 14, my life was destroyed. The paramilitaries entered my village. The took us all to the football field. They kept us there for an entire day and killed at least 66 people. They gave each people a number and if they picked a certain number, that person was murdered. They played a song after every death. The massacre took the entire day while we were lying down on the football field. The guys were walking around drunk and stoned, and were killing people everywhere. Well, during that massacre they raped me. Four guys grabbed me, they beat me and they raped me. They told me to get on my knees and beg for my life, but I wouldn’t kneel. I told them I only knelt for God. They struck my knees, but weren’t able to take me down. The only thing I have left is the dignity of not kneeling for them, that the only way they could make me kneel was when I was already unconscious. After that massacre, we all left the village. 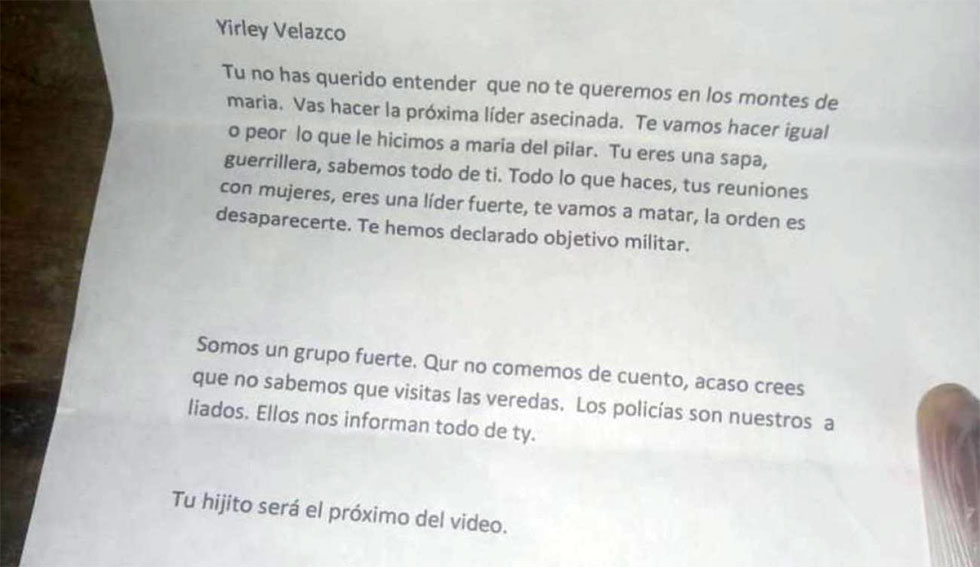 In the threat, Velasco was told that “you’re a rat, a guerrilla” and that “we will do the same or worse as what they did to Maria del Pilar Hurtado,” the community leader whose assassination triggered national indignation earlier this month.

Weeks earlier a judge ordered the state to compensate survivors for its complicity in the massacre, partly due to the activism of Velasco and the El Salado Victims Roundtable she’s a member of.

The El Salado victim representatives, and particularly Velasco, have been receiving death threats ever since they returned to their village.

She requested protection from The National Protection Unit (UNP), but has so far received nothing but a bulletproof vest and a cell phone, she told W Radio.

Fearing for her life, Velasco said that she’s at “extraordinary risk” and needs actual protection if she wants to live and continue helping victims of sexual abuse and domestic violence in her town.

“I am currently accompanying 120 women in El Salado,” the community leader told W Radio. The paramilitaries “don’t want her in Montes de Maria,” the war-torn region where she was born, raised and raped.

Whether Velasco lives or becomes another statistic on the growing list of assassinated social leaders depends on the same authorities who have been convicted for the massacre during which she was raped.

“The police are our allies. They are the ones keeping us informed about you,” the death threat made clear.

The UNP has not responded to Velasco’s desperate cry for help to stay alive.