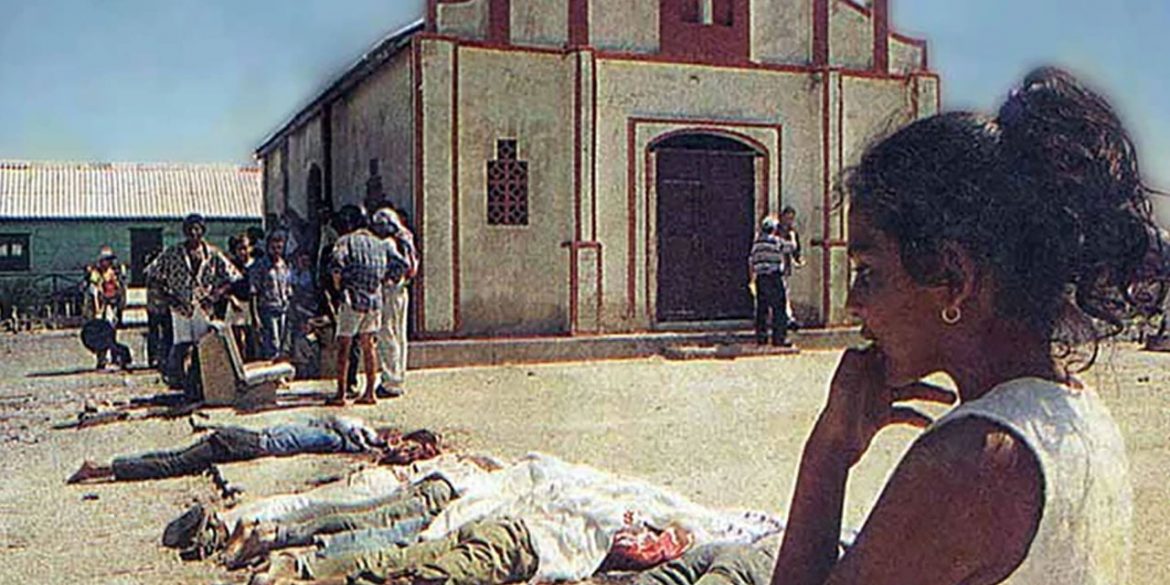 A court sentenced Colombia’s state to repair survivors of the 2000 paramilitary massacre of El Salado for its responsibility in arguably the bloodiest massacre committed during the armed conflict.

According to the Administrative Tribunal of San Andres, the Defense Ministry, the Navy and the National Police failed to act to either prevent or stop the six-day massacre in which more than 100 civilians were massacred by members of paramilitary group AUC, according to the prosecution.

A Navy captain was sentenced to 13 years in prison last year for refusing to take action while the massacre was taking place.

The National Center for Historical Memory was ordered to make a documentary on the massacre, and the Defense Ministry, the National Police and the Navy were ordered to publish the court sentence on their websites.

In order to guarantee non-repetition, the state institutions convicted for their negligence and refusal to protect civilians were ordered to provide additional education to their forces on human rights and international humanitarian law.

When I was 14, my life was destroyed. The paramilitaries entered my village. The took us all to the football field. They kept us there for an entire day and killed at least 66 people. They gave each people a number and if they picked a certain number, that person was murdered. They played a song after every death. The massacre took the entire day while we were lying down on the football field. The guys were walking around drunk and stoned, and were killing people everywhere. Well, during that massacre they raped me. Four guys grabbed me, they beat me and they raped me. They told me to get on my knees and beg for my life, but I wouldn’t kneel. I told them I only knelt for God. They struck my knees, but weren’t able to take me down. The only thing I have left is the dignity of not kneeling for them, that the only way they could make me kneel was when I was already unconscious. After that massacre, we all left the village.

Survivors of the massacre who had sued the state for compensation have said they have been receiving death threats since January.