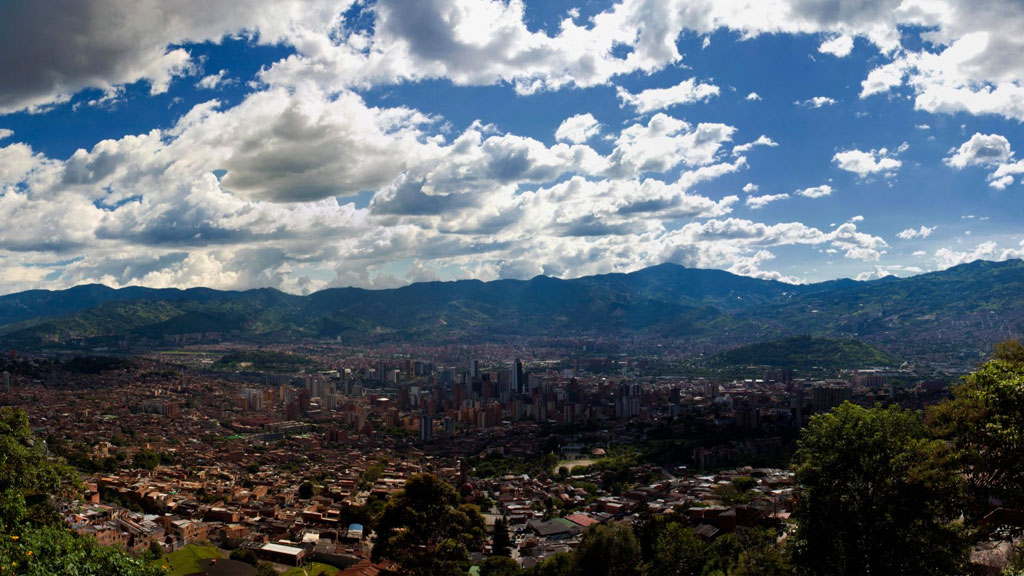 The Gaitanista Self-Defense Forces of Colombia (AGC) have been vying over control in the city of 2.5 million with the Oficina de Envigado, the crime syndicate founded by late drug lord Pablo Escobar.

The prosecution told local newspaper El Colombiano that the group has strategically usurped gangs in some of the most strategic neighborhoods in the periphery of the city.

A history of lawlessness

Medellin’s slums and lower-class neighborhoods for decades have been under control by urban militias and gangs and were unified by Escobar to function as his enforcer army in the late 1970s and early 1980s.

The government is hardly an authority in these urban territories, many of which began as squatted territories amid hyper urbanization.

Since the extradition of paramilitary chief “Don Berna” in 2008, the AGC has slowly assumed control of a significant portion of the city’s criminal rackets that include extortion, drug dealing and money laundering, according to the prosecution.

In some cases, this has led to turf wars with gangs that remained loyal to the local crime syndicate.

At first, our project was very poor, because we had almost no resources or weapons.

The bloodiest war erupted almost immediately after the extradition of Don Berna and cost the lives of thousands of locals, many of whom innocent civilians.

After years of tranquility, forces loyal to the AGC embarked on an offensive earlier this year using their stronghold in the west of the city as base.

Local police and authorities have been marred by corruption and hardly able to impose state authority and the rule of law in the neighborhoods where more than half of the city’s population lives.