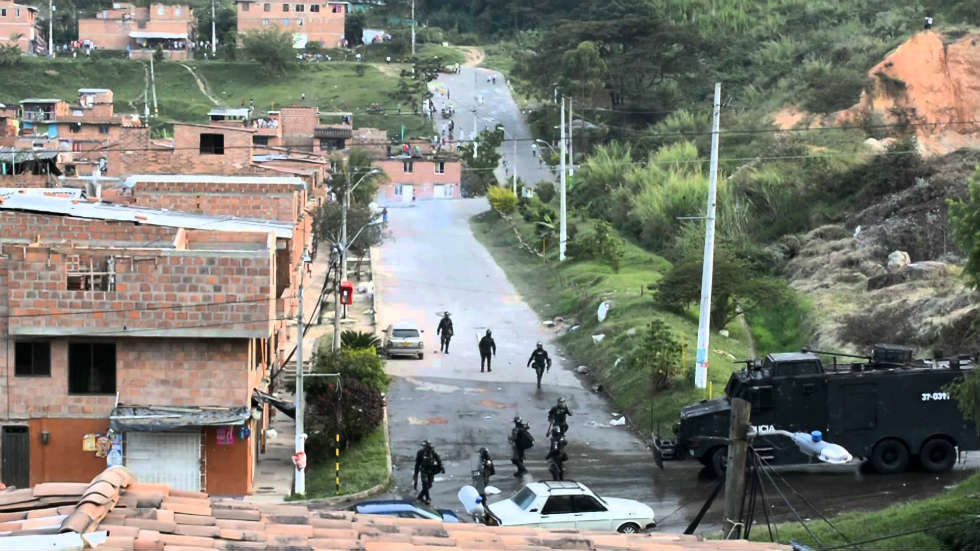 Gangs loyal to paramilitary group AGC have resumed hostilities against rival gangs associated with La Oficina de Envigado and local police in the west of Medellin this week.

Ahead of the visit of Pope Francis, the rival gangs agreed to a ceasefire, but explosives and gunfire made locals in the districts of Belen and Altavista clear the truce had ended.

When Police tried to move into the semi-rural Altavista district on Thursday, they were welcomed with bullets.

At the end of the operation, the Medellin Police Department claimed to have found 19 firearms in the rural part of the district.

The latest eruption of violence is the resumption of a long-standing conflict about control over neighborhoods surrounding the Comuna 13.

While the vast majority of districts in Medellin is controlled by La Oficina, once founded by the late Pablo Escobar, the city’s most western district came under control of the AGC after the extradition of crime lord “Don Berna” in 2008.

Since that year, the AGC has increasingly assumed control over criminal rackets in Antioquia, the province surrounding Medellin.

The group, which recently said it would surrender to justice, has increasingly put pressure on Medellin’s neighborhoods, criminal structures and authorities.

La Oficina, on the other hand, has long enjoyed a relatively peaceful coexistence with the local ruling elite and is considered the authority in much of Medellin’s lower-class neighborhoods.

The city’s security secretary was arrested earlier this year on claims he was an associate of the crime syndicate that has been active longer than most of the city’s politicians.