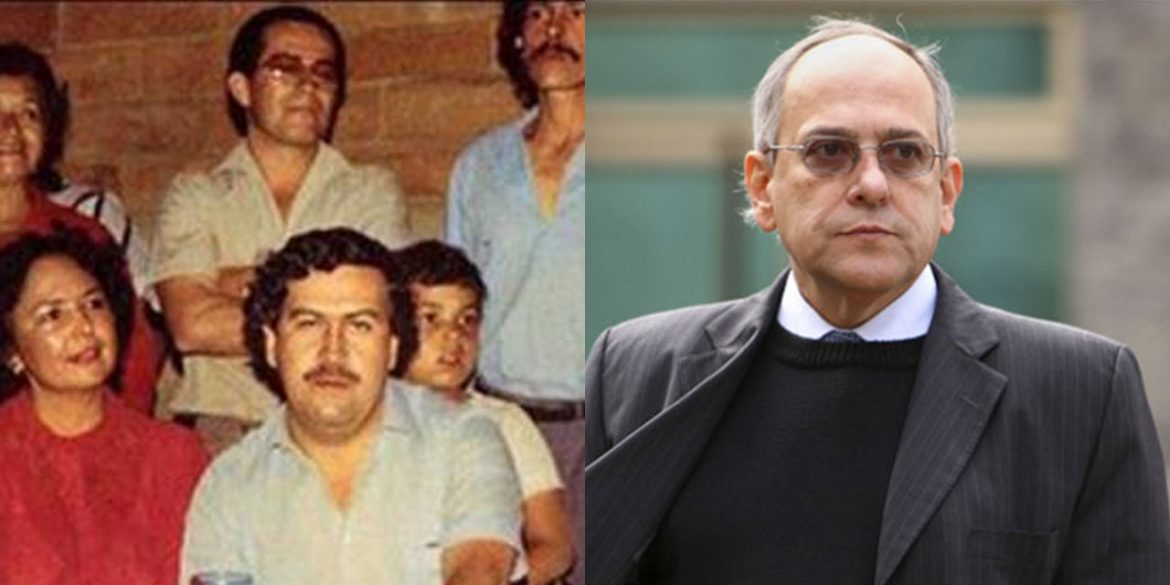 Jose Obdulio Gaviria during his cartel years (L) and as senator.
News

The cousin of slain drug lord and Congressmen Pablo Escobar who is now senator for Colombia’s ruling party blasted a university professor after she affirmed using marijuana for fun.

Senator Jose Obdulio Gaviria, a member of the hard-right Democratic Center, started the row during a debate about the country’s drug policy that could re-criminalize the possession of marijuana.

After professor and political commentator Sandra Borda said she considered herself a recreational user of the popular drug, Gaviria, whose family formed the Medellin Cartel, launched a scathing attack on the scholar.

Colombia’s renewed war on drugs could get ugly, and solve nothing

“Sandra Borda, former dean of the faculty of social sciences of the Jorge Tadeo Lozano University, is saying that she uses marijuana for recreational purposes,” the far-right senator said.

“It is clear that there are leftist and libertarian sectors that are today preaching the … entrepreneurship of drug dealers and we will confront them without fear or grief,” said Escobar’s cousin.

He used to visit us in ‘La Catedral’ and Pablo would give him 10 or 15 million pesos for his personal and political expenses in Medellin.

The senator also said that ‘recreational use’ was just a “pompous” name for drug addiction, according to reports from local radio.

Gaviria added that his party would not give up the fight to have marijuana criminalized again.

Hey Jose Obdulio, when you went to ‘La Catedral’ so my brother could give you money you sure were around, and now you’re not.

President Ivan Duque is working to change the law on drug possession, which currently allows consumers to carry 20 grams of cannabis or one gram of cocaine for personal use.

Members of Duque and Gaviria’s party have openly criticized allowing people to carry drugs – and believe all drug users should be treated as criminals.

The Constitutional Court ruled in 2012 that Colombians are free to carry small amounts of drugs for personal consumption.

Borda has since hit back on Twitter, saying the senator didn’t present any arguments or figures, but only threats.